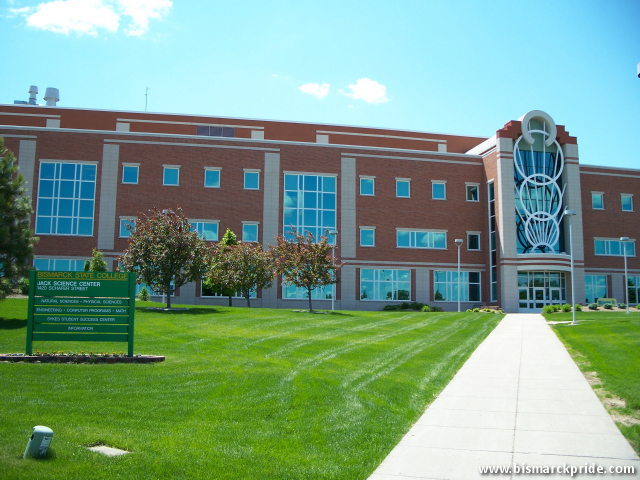 BSC mainly offers certificate, diploma, and two-year degree programs. It introduced its first four-year program, a Bachelor of Applied Science (BAS) in Energy Management, in 2007 and began offering a BAS in Cybersecurity and Information Technology in 2019. Bismarck State College also partners with other North Dakota universities to offer higher-level degree programs locally on the BSC campus.

Voters authorized a junior college in a special election held on June 5, 1939. Bismarck Junior College held its first classes on September 4th of that year, with classes held on the third floor of the Bismarck High School building. Only a one-year program was initially available, consisting of general education courses. Its initial enrollment included 68* (sources vary – see footnote) students, with 4** part-time teachers.

In 1951, the state legislature approved deeding 15 acres of land adjacent to the State Capitol for a dedicated college campus. Voters overwhelming approved an 8-mill tax levy to operate and maintain the school. Prior to that, the college was financed entirely through tuition. Bismarck Junior College moved into its own facility at 900 Boulevard Avenue four years later, in 1955. By 1959, the college had already outgrown its new campus and the increasingly overcrowded state government sought the building’s space, which prompted the college to again relocate. 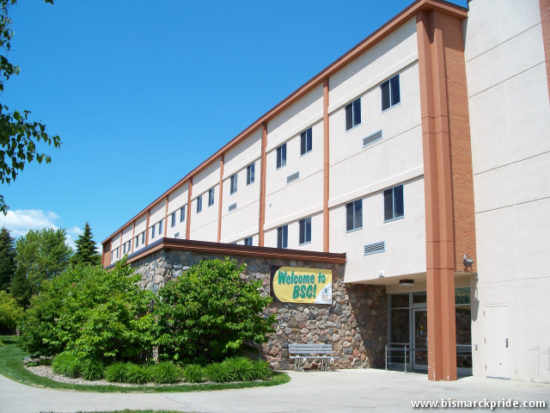 Harold Schafer, a prominent local entrepreneur, donated 70 acres of land on Meadowlark Hill overlooking the Missouri River to house the growing college, where the campus remains today. The first building constructed on the site, Schafer Heights (now Schafer Hall) was completed in 1961 for $1 million and named in his honor.

In 1984, Bismarck Junior College became part of North Dakota’s system of higher education, making it possible to enable partnerships with other state colleges and universities. Prior to this, the college was administered by Bismarck Public Schools.

For a brief time following its entry into the state university system, the school operated as Bismarck State Community College. The 50th Legislative Assembly formerly adopted Bismarck State College as its identity in 1987.

The Armory was completed adjacent to the campus in 1962, one year after the opening of Schafer Hall. The college operated the building jointly with the National Guard until full ownership was transferred to BSC in 1989. 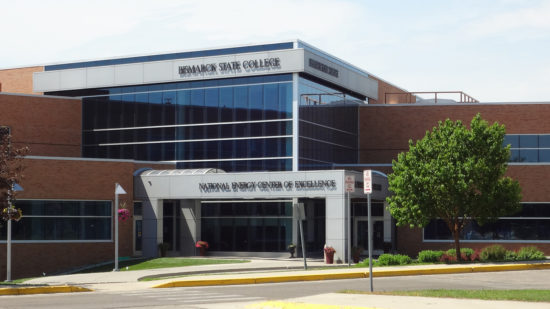 Another major building achievement came with the completion of the National Energy Center of Excellence, in 2008. The new 106,200-square foot facility primarily housed energy technology programs, as well as continuing education and training programs.

The $9.4 million BSC Aquatic Center was completed in 2010. BSC operates the facility operates jointly with the Bismarck Park Board, who manages the center.

The Career Academy was also completed in 2010.

In 2015, BSC celebrated the construction of three new buildings, the most prominent of which was the 40,000-square foot Communications and Creative Arts Center. The Center replaced the 1968-built library and also houses a learning commons, campus gallery, the Visual Art program, and English classrooms.

In 2019, the school began offering a Bachelor of Applied Science (BAS)Cybersecurity and Information Technology. 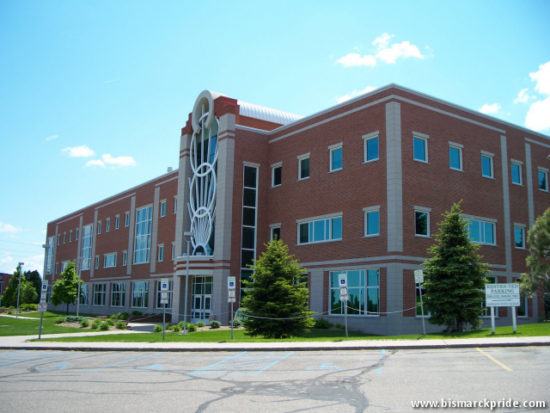 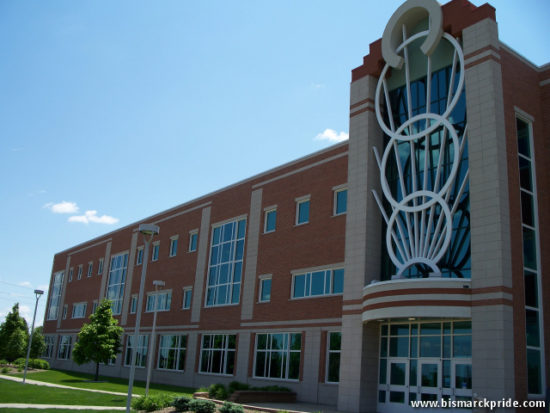 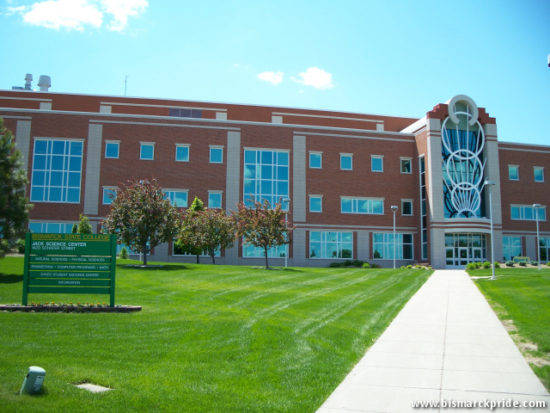 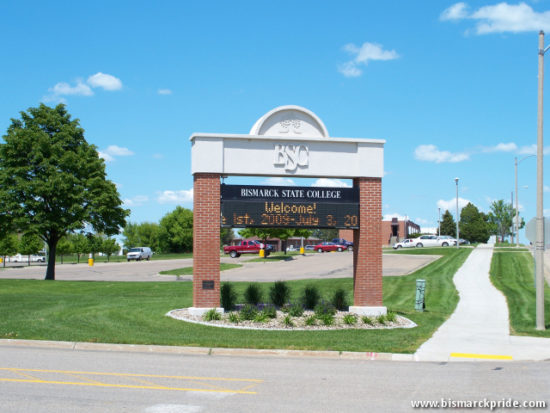 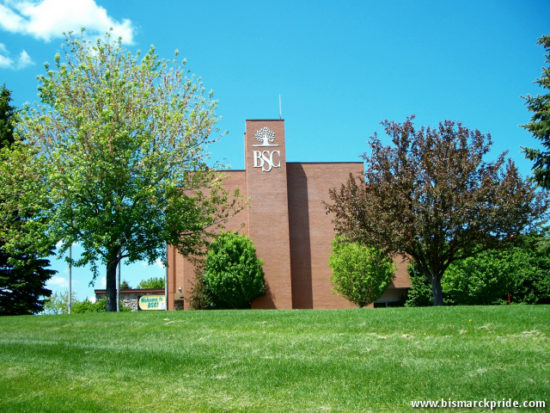 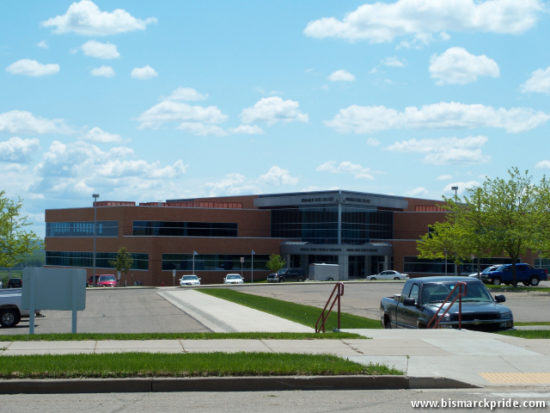 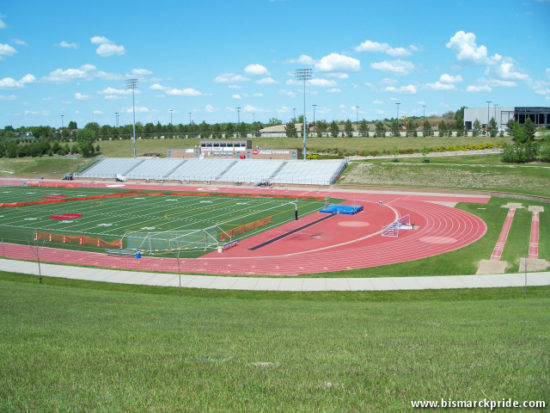 “The Bowl” prior to renovations 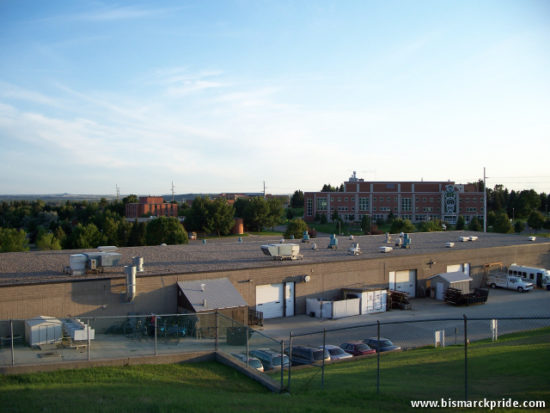 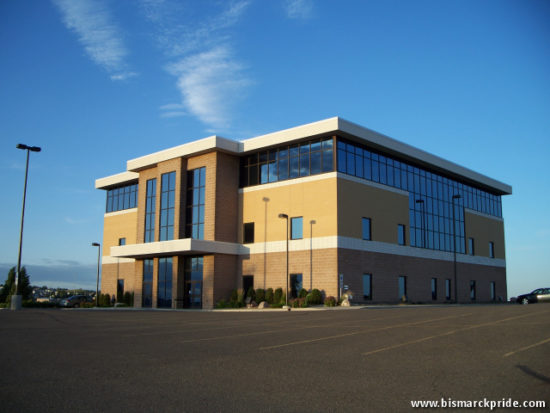 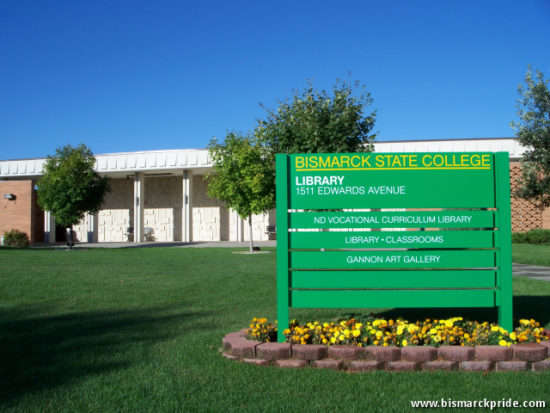 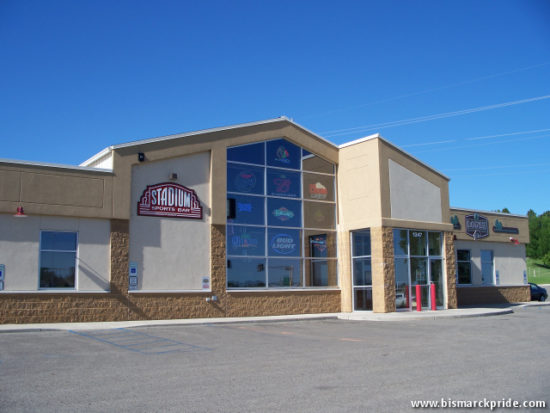 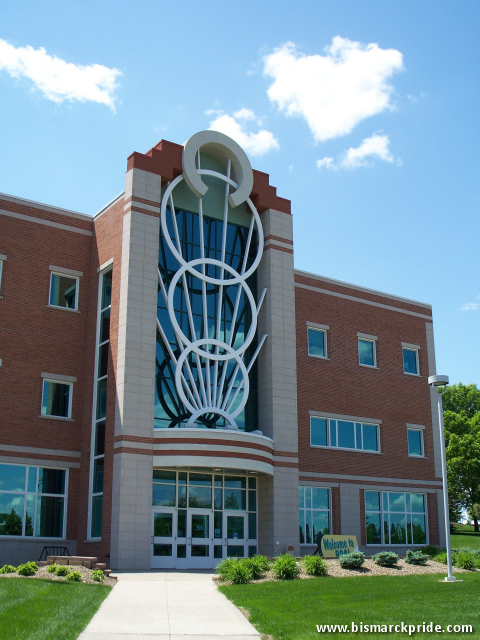 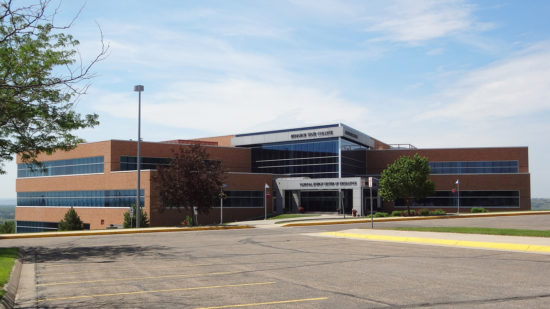 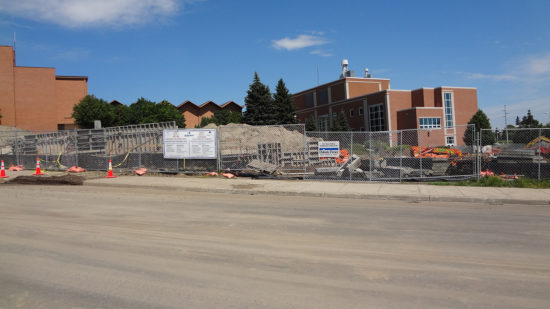 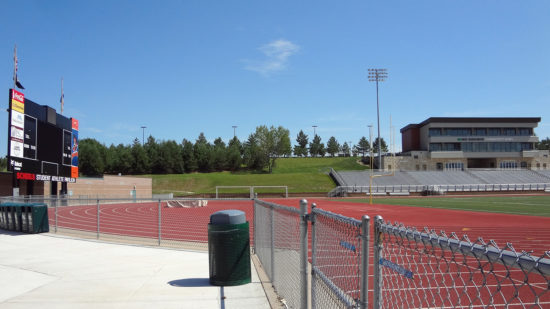 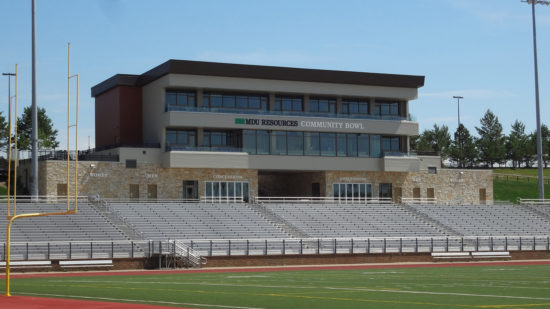 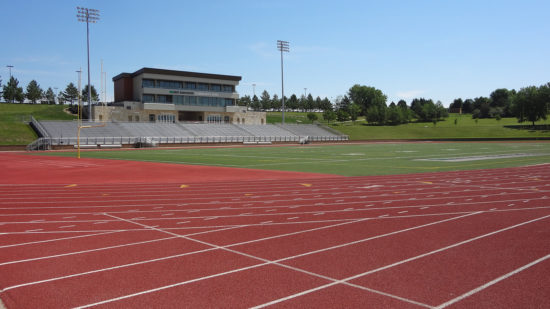 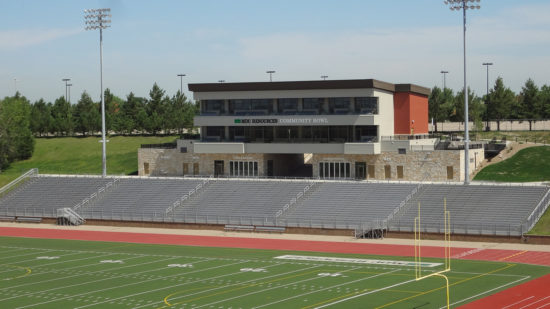 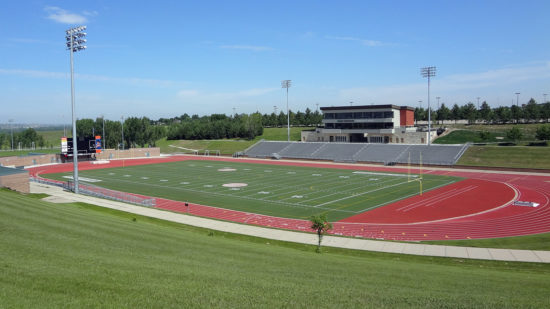 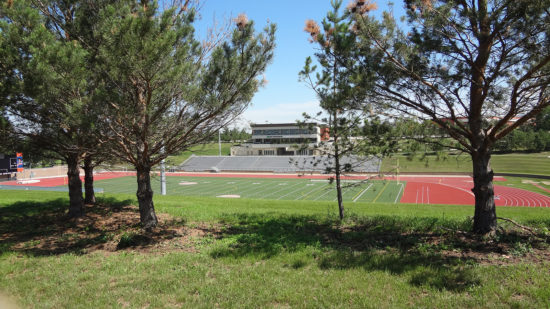 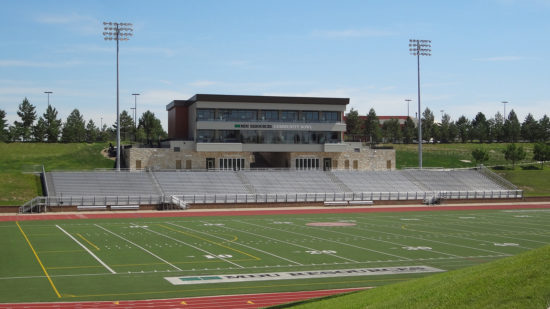 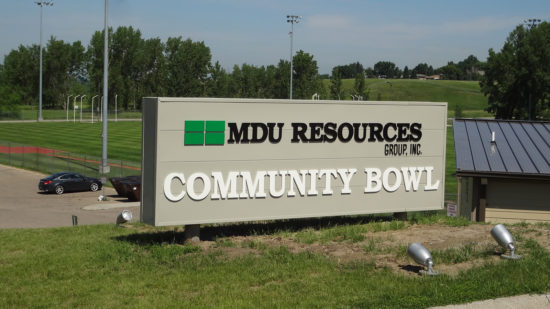 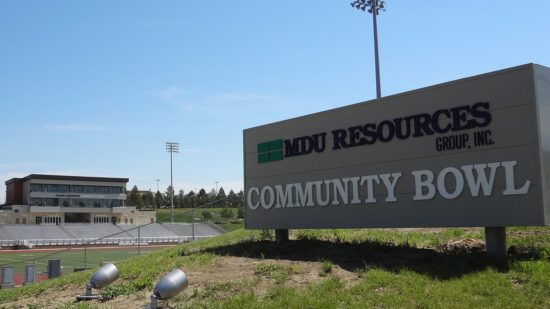