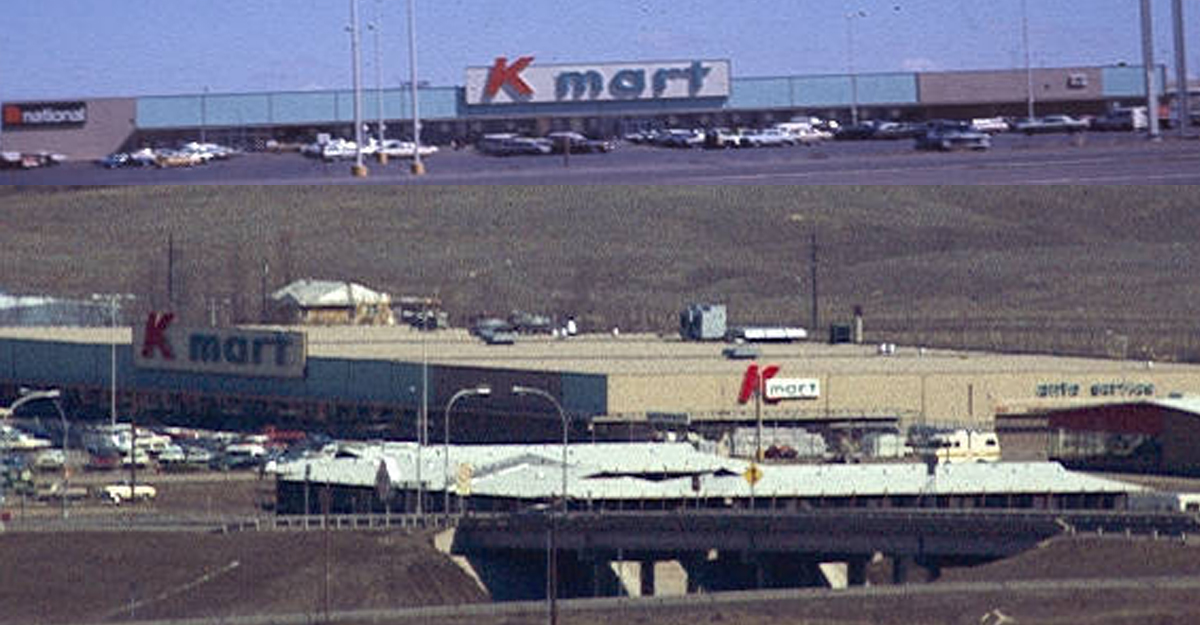 Kmart will be closing its Bismarck store in February after nearly fifty years, the latest in a succession of national retail closures affecting the capital city, including its corporate sibling Sears nearly two years ago. While most predicted its closure as inevitable, Kmart leaves behind an enduring local legacy that cannot be underestimated.

Opened in 1971, Kmart was the city’s second discount department store, after Northbrook’s much smaller Tempo opened in 1963. Locally, it predated other discount department stores White Mart (1979), Target (1980), Woolco (converted from Woolworths in 1985), and Walmart (1990). For three years, between the closing of Tempo in 1976 and the opening of White Mart at Gateway Mall, Kmart was the only store of its type operating locally. During that span, Kmart’s closest competitor would have been the five-and-dime format F.W. Woolworth store in downtown Bismarck.

Beyond its retail legacy, Kmart provided the initial impetus for commercial development along the State Street Corridor… predating Gateway Mall by eight years and nearly every other business along the corridor. Upon opening, Kmart sat at the center of a vast field on the northern edge of city limits. Century Avenue was just a two-lane country road and no bridge yet spanned at 19th Street across the Interstate. Rapid development followed its opening, with Kmart anchoring Bismarck’s northern commercial hub.

The Bismarck Kmart store was first announced in November 1969, only seven years after Kmart’s first store opened in Garden City, Michigan. It was developed locally by Ted and Floyd Boustrous – long-time Bismarck developers.

Construction on the 104,000-square foot building, sitting on 12 acres, commenced in early 1971 and was nearly concluded by July. At that point, attention was devoted to installing fixtures, setting product, and employee recruitment. The S.S. Kresge Company, Kmart’s parent, recruited about 150 employees to operate the store, many of whom would become long-established employees spanning decades. 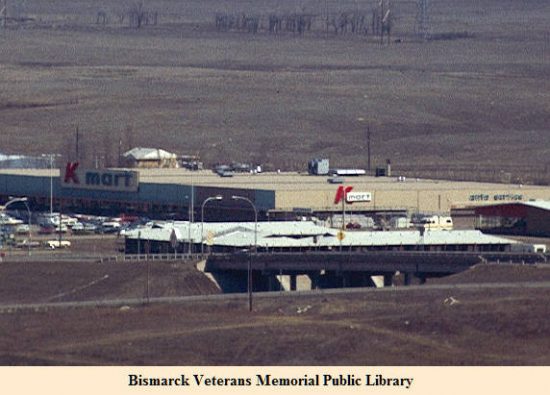 Initially referred to as “Kmart Shopping Center,” the building was larger than Northbrook Mall and roughly one-fourth the original size of Kirkwood Mall, which held its grand opening earlier that same year. The center consisted of the 84,000-square-foot namesake department store, an auto care center (operated by Penske from 1995-2002), and a 20,000-square-foot Kmart Food Store store operated by National Tea (renamed National Foods in 1974). Dan’s Supervalu took occupancy of the grocery store in 1975, where it remained until relocating into its own freestanding store across the street in 1981 (today’s Hobby Lobby). Kmart eventually expanded into the grocery space, consuming the entire building, in turn making it one of the largest traditional Kmart stores in the nation.

In addition to housing separate grocery and department stores, it was designated a shopping center due to the company’s practice of leasing some of its departments to third-party companies at the time.

A second area Kmart store – in Mandan – was announced in 1980. The 72,897-square foot Kmart was to be an anchor of the planned Terra Vallee shopping center, but pulled out in 1983 and the center never materialized. 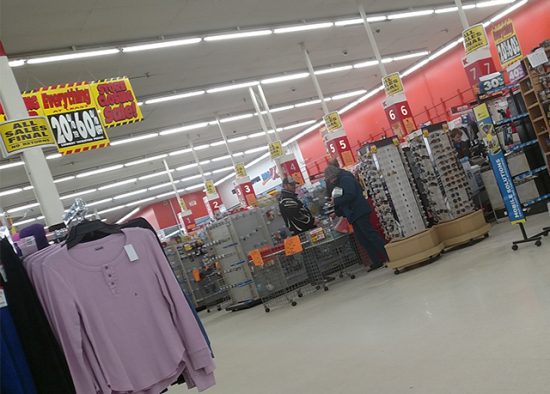 Bismarck Kmart in its final weeks before closing

The Bismarck Kmart received a significant remodel in 1991 and became an official “Big” Kmart in 1999, which brought with it additional renovations and new signage. It has seen little change since, beyond minor cosmetics, the closing of Penske Auto, the temporary opening of a one-hour photo lab, and the dismantling of its cafe. In 2001, Kmart was the first retailer to deploy self-checkouts locally, years before it became widely adopted by others. The units were removed a few years later.

For those who aren’t familiar, Kmart has its roots back to 1899 (according to its official website, but some sources cite 1897) when Sebastian Spering Kresge partnered with John Graham McCrorey to open a pair of five-and-dime stores, one in Memphis, Tennessee and the other in Detroit.

The first Kmart opened in 1962 in Garden City, Michigan… the same year that Dayton Hudson established Target and Sam Walton expanded his five-and-dime operations into Wal-Mart.

Like was common in the era, Kmart’s parent corporation diversified into a conglomeration and, at one time, was the parent company of such other namesake retailers as Borders Books, Waldenbooks, OfficeMax, The Sports Authority, and Builders Square. It even entered the ISP business when it launched BlueLight internet service in 1999.

Once numbering more than 2,000 locations, ongoing financial struggles will have reduced the Kmart footprint to less than 100 stores as of this year. After Bismarck’s closure, the Minot store will be the sole surviving Kmart in North Dakota. While the Minot store hasn’t been announced in closures, it has been revealed that the building is being subdivided for leasing to multiple tenants.

Until being surpassed by Walmart in 1990, Kmart was ranked as the nation’s second-largest retailer, behind only Sears, which Kmart purchased in 2005. The newly merged company adopted the more reputable Sears brand and headquarters for its parent, Sears Holdings.