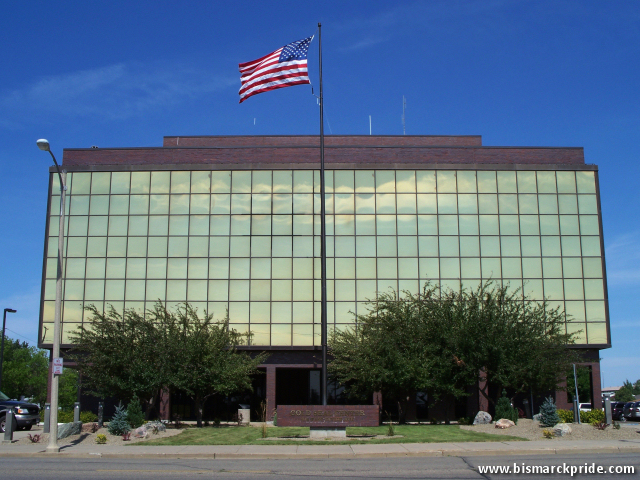 Harold Schafer (1912-2001) was a local entrepreneur and philanthropist best known for founding the Gold Seal Company and for his work involving the town of Medora, North Dakota, including founding what is today known as the Medora Musical.

Schafer’s legacy also extends to Bismarck State College, where he donated a large tract of land atop Meadowlark Hill for the school’s present-day campus, where Schafer Hall is named in his honor.

In 1975, Schafer was honored with the Rough Rider Award, North Dakota’s top honor. In 2002, Harold Schafer was named one of four people who made the largest impact on North Dakota.

Harold’s son, Edward Schafer, served as North Dakota’s governor from 1992-2000 and as the United States Secretary of Agriculture from 2008-2009.

Harold was born on February 1, 1912 near Stanton, North Dakota. By the time he graduated from Bismarck High School, Harold had already been working multiple jobs at a time. He was a bellhop at the Patterson Hotel, an usher at Capitol Theater, and an attendant at a Standard Oil Service Station. It was when he was offered a sales job for Bergeson’s clothing store that Harold’s career began to take off.

In 1942, Harold founded the Gold Seal Company when he started to market and distribute Gold Seal Floor Wax. The company, best known for Glass Wax, Snowy Bleach, and Mr. Bubble, would eventually become the largest privately owned business based in North Dakota, with international distribution of its products. Gold Seal was sold to Airwick Industries in 1986.

Harold Schafer also found success in the western North Dakota town of Medora, beginning with the purchase of the Rough Riders Hotel and Ferris Store in 1962. Harold later founded what is now known as the Medora Musical, the iconic “wild west” themed outdoor musical that has grown to become one of North Dakota’s most popular tourist destinations.

When Bismarck Junior College was forced to relocate from its state-owned facility in 1959, Harold Schafer donated a large tract of land overlooking the Missouri River for construction of a new campus. The first building constructed was named Schafer Hall in his honor.