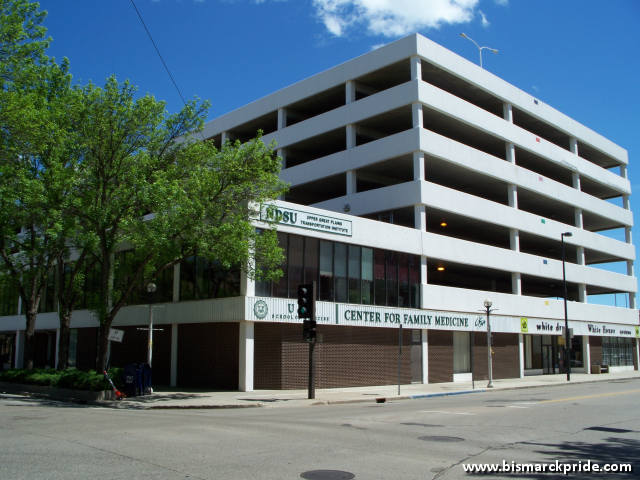 The Parkade is a mixed-used structure in downtown Bismarck with a multi-level parking ramp and several businesses, including Thrifty White Drug, Red Wing Shoes, and UND School of Medicine.

Opened in 1970, it was the city’s first public parking ramp. White Drug was an originally tenant, having relocated from across the street in the building now home to Walker N Daughters Jewelry, along with Evan’s (and Shark’s) Menswear.

In addition to the Parkade, downtown Bismarck has six other parking garages, including public ramps on 3rd Street, 6th Streets, and the Galleria at Radisson Hotel, along with privately-controlled ramps at U.S. Bank, Wells Fargo, Burleigh County Courthouse.

In 2012, Bismarck Parking Authority announced plans to upgrade and renovate portions of the Parkade.