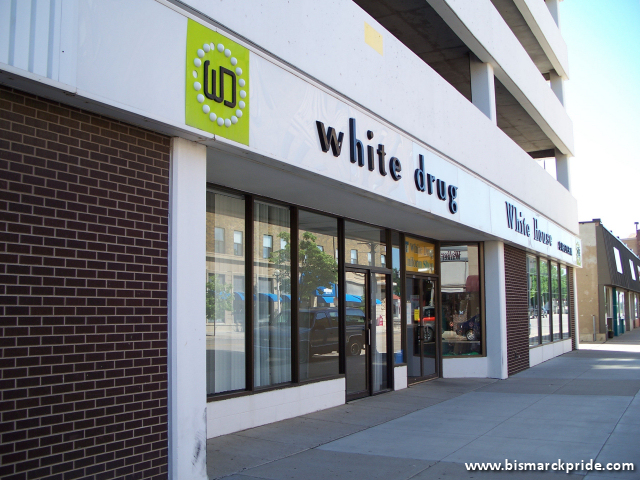 Thrifty White Drug on the main floor of the Parkade in Downtown Bismarck, North Dakota. White Drug started in Jamestown in 1884, and merged with Thrifty Drug of Brainerd, Minnesota in 1985. Company also operated White Mart at Gateway Mall from 1979-1986. This Bismarck is one of the last, if not the last in the chain to still bear the actual White Drug logo as opposed to Thrifty White’s logo.

The White House Cafeteria is also housed inside.