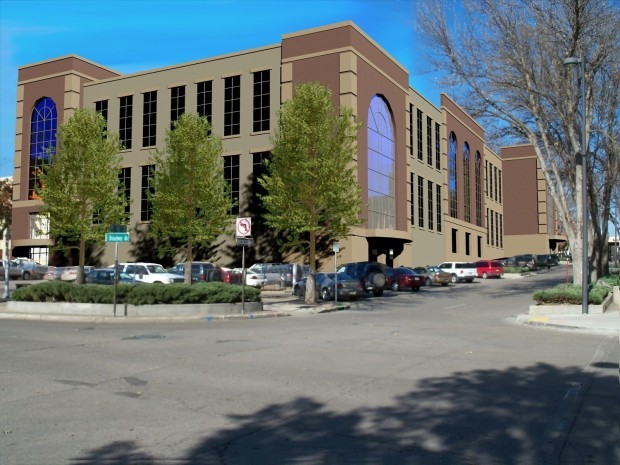 Available spots were plentiful inside the Parkade on this busy afternoon.

Most of the hurdles have been completed in approving construction of a new downtown parking ramp, expected to open early next year on Broadway Avenue between 5th & 6th Streets. As in the past, it is still my firm believe that this new $7+ million ramp will not solve downtown’s parking problems and is a huge waste of money.

I originally wrote about my concerns in an article last September, shortly after the official announcement of plans to construct the new parking ramp. Nothing yet has convinced me that building this ramp is a good idea, and here’s why.

There is no doubt that parking is a serious issue downtown. I worked downtown for a period of about two years, so I have seen it first hand. But, simply throwing up another multi-level parking garage on the same exact corner as two other city-managed garages that aren’t currently filled to capacity isn’t going to solve anything.

Go into any one of the current garages any time of day, any day of the week, and there are plenty of open parking spaces available. In fact, they are often sitting nearly empty. About the only one that is usually filled is the Galleria, thanks to Radisson Hotel.

The main reason that the garages aren’t utilized is the cost. Granted, the cost for a monthly parking pass is far below the $100+ you’d find in a city like Minneapolis, but a parking pass at the garages is beyond affordability for most of those who either live or work in downtown Bismarck.

Many of the downtown employees only make around $9 an hour. Most of the downtown apartments were built long before the automobile was a common way of life, therefore do not have parking lots, and rents tend to be on the lower end for the majority of these units, typically around $400/month. Clearly, the average downtown employee and resident can’t afford a parking pass, which means the streets will continue to be filled with parked cars.

Here’s my solution: make the parking garages free to park in, even if it’s only for a limited amount of time (say 2 hours). Better yet, give free passes to those who live and work downtown, freeing up street parking for their patrons.

Opening up the garages to free parking would add a considerable expense to the city’s budget; however, so will building another underutilized garage. If the city really is interested in revitalizing downtown and attracting businesses, the added expense to allow free parking might be worth it in the long run. The location of the proposed new parking ramp.

Another parking ramp may be eventually needed, but until we fill the ones we already have, I don’t see the purpose of wasting money on this project, and I think another location might be better suited.

Some would argue that building a ramp now is cheaper than in a couple years when another ramp would actually be needed. While that may be true in terms of construction expenses, it costs hundreds of thousands of dollars each year just to maintain a parking garage. If the garages aren’t filled to capacity, the city could end up losing more money.

I don’t understand the logic in paying for something that isn’t needed now, and I’ve seen no evidence that it is. It’d be like buying a second vehicle just in case it might be needed, but letting it sit in your driveway unused while continuing to pay its expenses.

I do realize that the time and location seems like a logical one, close to the Belle Mehus Auditorium, City/County Building, and most notably Medcenter One, who is committed to leasing 250 spaces for its employees. But again, if additional parking is so badly needed on that corner, why do the other garages sit mostly empty?

If Medcenter One is committed to leasing as many as 250 spots in the new ramp, why can’t they do so in the current ramps until they are filled? It might prevent the average visitor from obtaining a parking spot in the ramps, but it would help free up street parking – where most prefer to park.

I would be more receptive to accepting this new ramp if it would be a mutli-use structure housing either residential or business units, but I’ve seen nothing suggesting this is the plan. If we are going to redevelop most of an entire city block, I think we should make good use of the space.

Judging by comments I’ve read on such places as those left on Bismarck Tribune’s website and from general word of mouth, it seems clear that a large portion of our citizens agree that building this ramp isn’t the best resolution to solve downtown’s parking problems.

Once completed, the new parking garage will be the seventh such structure in downtown Bismarck, three of which are city-managed, and one of which is owned by Burleigh County Courthouse.

Read my September article about this topic here: