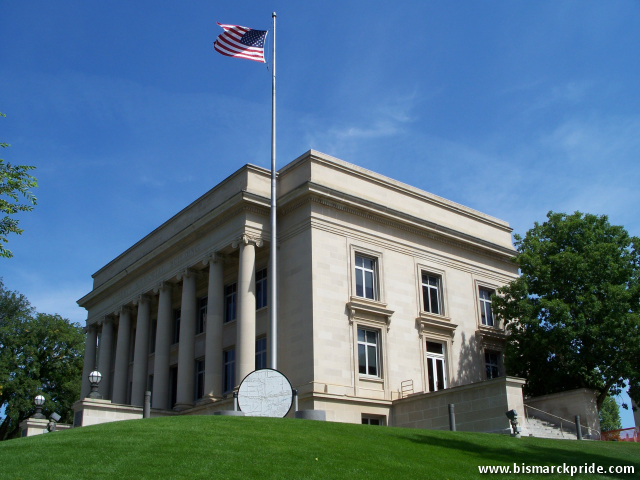 The Liberty Memorial Building is the oldest building on the grounds of the capitol, gaining this distinction after fire destroyed the original Capitol in 1930. It was originally constructed at a cost of $450,000, and underwent major renovation in 1981-1982. Today the building houses the State Library.