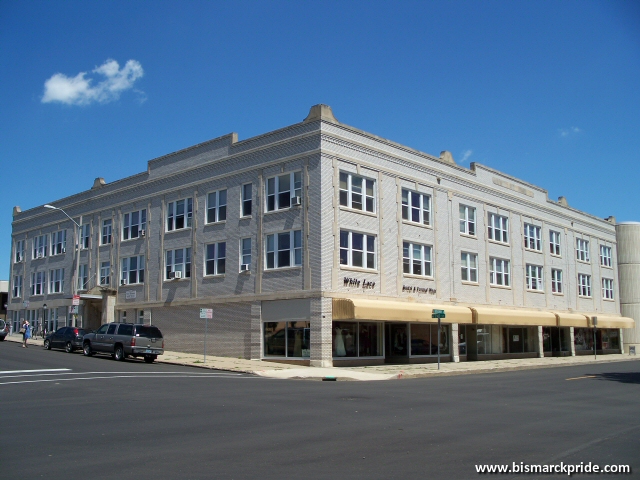 The Mason Building, located on the northeast corner of 2nd Street & Broadway Avenue, was built in 1922 by local entrepreneur Edmond Hughes and designed by his business partner, and prominent local architect, Arthur Van Horn. Throughout most of its existence, the original building was known as Hughes Apartments.

An adjoining building was added to the northwest of the original structure in 1926 of which he called “Mason Apartments”. Today, the entire building is known by the Mason name. The building continues to be used as residential apartments, while retail shops are housed on the main floor.

Despite contrary belief, this building was never used as a hotel, however its architect, Arthur Van Horn, had designed several hotels including the former Van Horn / Prince Hotel located very near to this building, which explains its resemblance to hotels of the era.

The Hughes / Mason Building was one of the most modern buildings in the region at the time of its construction, complete with an elevator and central vacuum system. Sadly, neither of which are still functioning today.