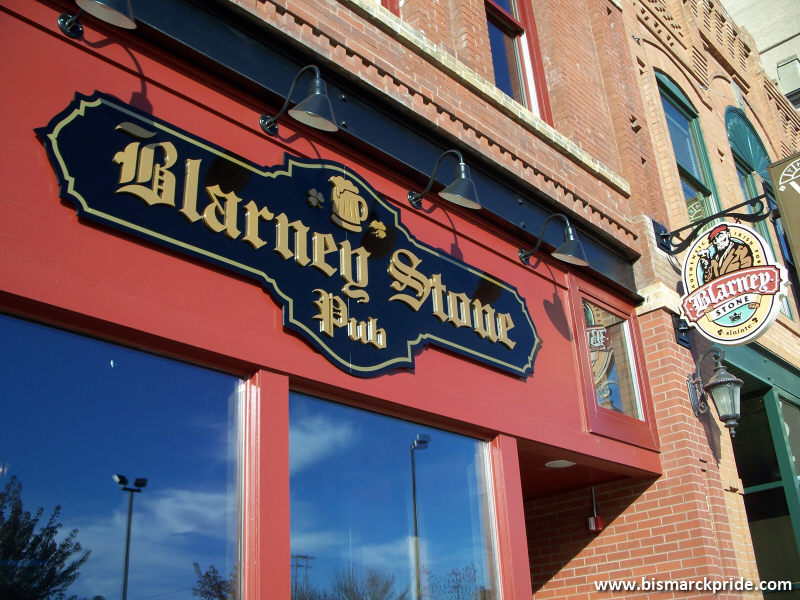 Bismarck’s newest restaurant, Blarney Stone Pub, opens this Wednesday. It is the first restaurant of its type in the region, resembling an Irish Pub and featuring both Irish and American cuisines. According to its owners, Blarney Stone will feature 26 draft beers, the most of any bar in Bismarck. The building’s interior was completely gutted, exposing its original brickwork. Blarney Stone Pub is located at 408 E Main Avenue in downtown Bismarck.

The buildings now housing Blarney Stone Pub and the adjacent Window & Door Store are remembered to most as the home of the Golden Dragon Restaurant, which opened sometime in the 1960s. The two buildings were originally constructed in 1905 by C.M. Dahl to house his men’s clothing store and tailor shop, which remained in business at the site for several decades. The two buildings were combined when Golden Dragon moved in, and remained as such until the restaurant’s closure a couple years ago. The buildings were purchased in 2007, at which time the new owners invested more than $260,000 into restoring its original appearance as part of the Renaissance Zone Program.