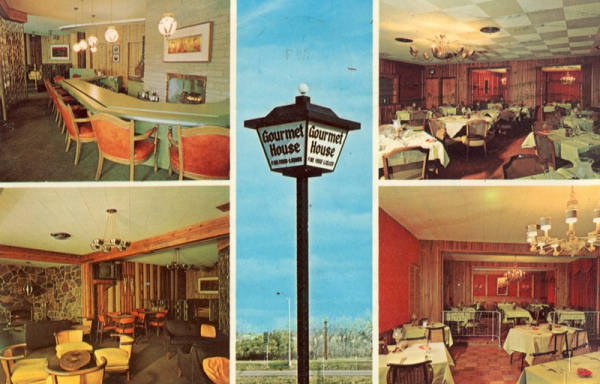 Gourmet House was a highly rated restaurant with locations in both Bismarck and Mandan. The restaurant first opened in 1959 on the Mandan Strip, by Bob & Eileen Clifford. Gourmet House received numerous awards, and was the first restaurant in North Dakota to be recognized with a four star rating in Holiday Magazine. Gourmet House also received a Gold Seal Award from the National Restaurant Association in 1967, and was once featured in the New York Times.

Gourmet House ended operations on June 30, 1989. The restaurant was later sold and reopened in January 1990, however closed again, for the last time, in September of that year. The former Mandan location now houses a funeral home.

Gourmet House was known for its “nine spice” seasoning called Gourmet House Seasoning, which is now sold and distributed by the Clifford’s daughter.