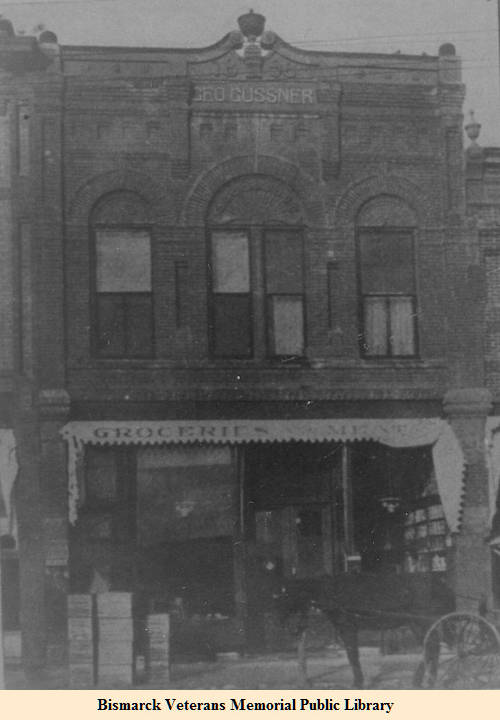 The Raymond Block was a pioneer brick building located on southeast corner of Main Avenue and Third Street. It was later known as the Gussner Block, housing Gussner  Grocery. Fire destroyed the building on on January 21, 1920. It was Bismarck’s oldest brick structure at the time it was destroyed, having been one of the few to survive the 1898 Fire.

For a short time in the early 1890s, it was home to Webb Brothers, then the International Harvester Company as of 1907, and the Bismarck Tribune in 1919.

Previously, the site contained what was likely the first framed building erected in Bismarck, described by Linda Slaughter as  a “story-and-half” that had been “hurriedly put up” to house the telegraph office.