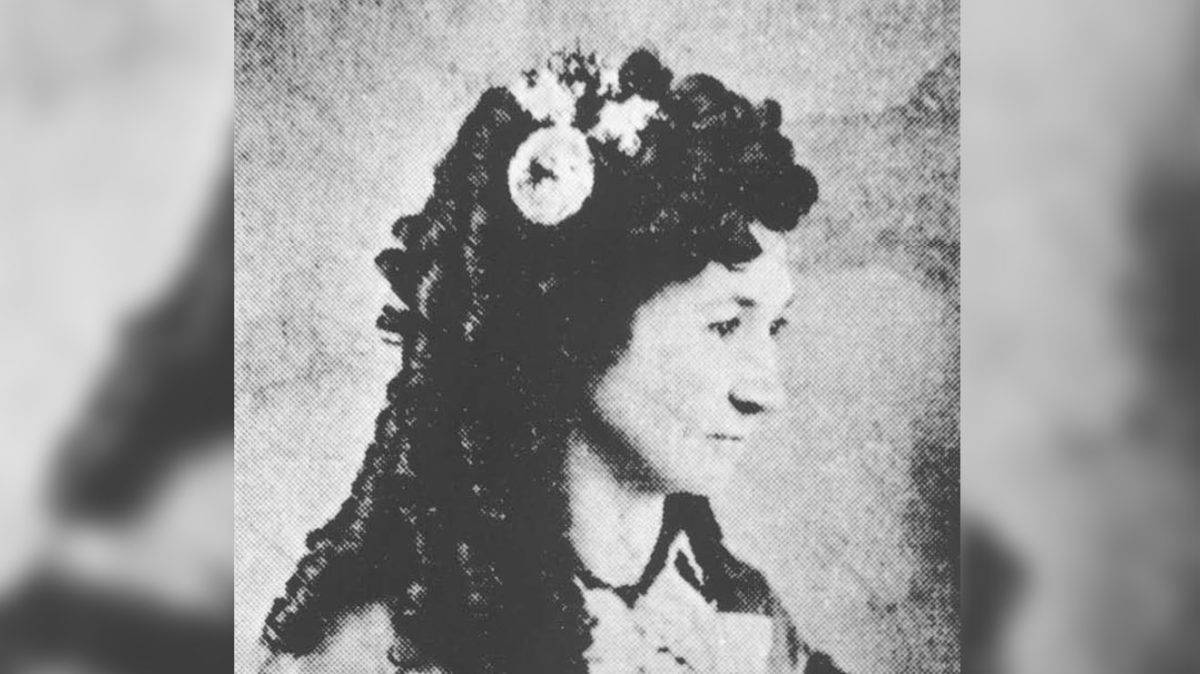 Linda Warfel Slaughter (1843-1911) was a pioneering women’s rights activist, school superintendent, journalist, historian, attorney, artist, and one of Bismarck-Mandan’s earliest residents. Locally, she is perhaps best remembered for establishing Bismarck’s first school and serving as postmaster/postmistress, an atypical role for females of the era. Many of the region’s earliest records and accounts come from Slaughter.

Linda was born on February 1, 1843 in Candiz, Ohio. She was educated at Oberlin College before relocating to Kentucky and Tennessee as a missionary overseeing schools and churches for freed slaves.

Linda met her future husband, Dr. Benjamin Franklin Slaughter, in 1868. He was an army surgeon who was ordered to relocate to Dakota Territory’s Ft. Rice in 1871. The following year, the Slaughters settled in what is now Bismarck-Mandan after Dr. Slaughter was ordered to report at the newly established Camp Greeley/Hancock.

Slaughter established Bismarck’s first school, Sabbath School – a Presbyterian Sunday school, at Camp Hancock on August 24, 1872. She went onto establish Bismarck Academy in 1873, where she served as superintendent until 1882. In 1876, she was appointed deputy superintendent of public instruction for Dakota Territory.

A prominent women’s rights activist, Slaughter organized the local chapter for the Ladies’ Historical Society in 1889. She was also a founding member of the Daughters of the American Revolution and active in other female-focused organizations.

In 1892, as a party delegate, Linda Slaughter was the first woman to vote for a presidential candidate at a national convention.

She became a licensed attorney in Washington D.C. n 1895, where she became close friends with historical figure Susan B. Anthony.

With her husband, Linda had three daughters.