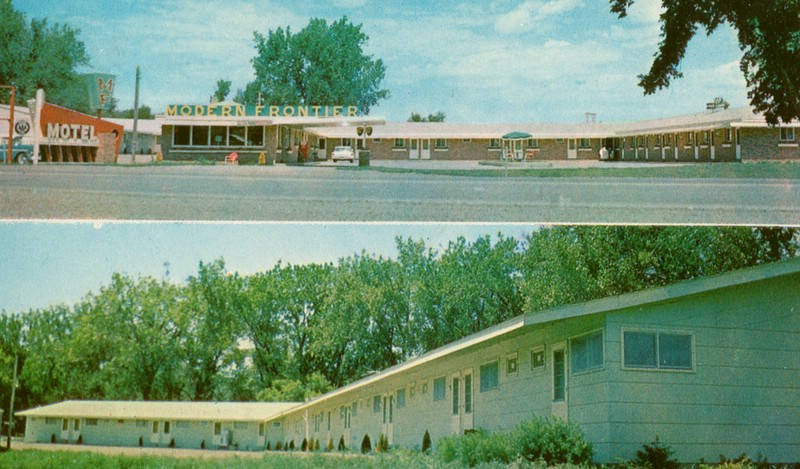 Modern Frontier Motel was a lodging facility located at 4524 Memorial Highway on the Bismarck-Mandan Strip.

Marcus Fleck originated the 20-unit hotel in 1955 as the MF Hotel – his initials. In 1961, its new owners wanted to retain the MF initials in renaming it Modern Frontier to continue using signage on the site that reflected its original name.

It was still operating as the Modern Frontier as of 1998. It later became the River Tree Inn before shuttering. The building was demolished in or around 2013 to make room for the Memorial Square Shopping Center.