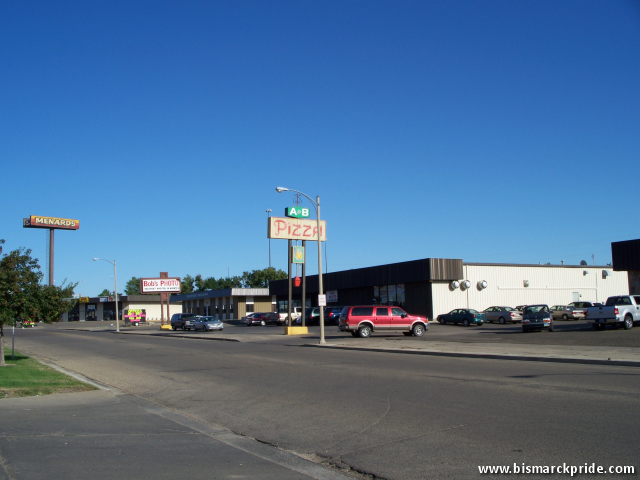 A&B is recognized by many locals as the best pizza in Bismarck-Mandan, a distinction it also received when its House Special was named the best pizza in North Dakota by Food Network Magazine in 2011. It is also particularly known for its Taco and Sauerkraut pizza offerings.

Alvin Heier and Barb Barth founded A&B in April 1969 next to then-King’s Food Host (now The Woodhouse), where Cost Cutters is now located.

A Dickinson restaurant temporarily existed inside the city’s Wheel-A-While, between 1978 and about 1985.