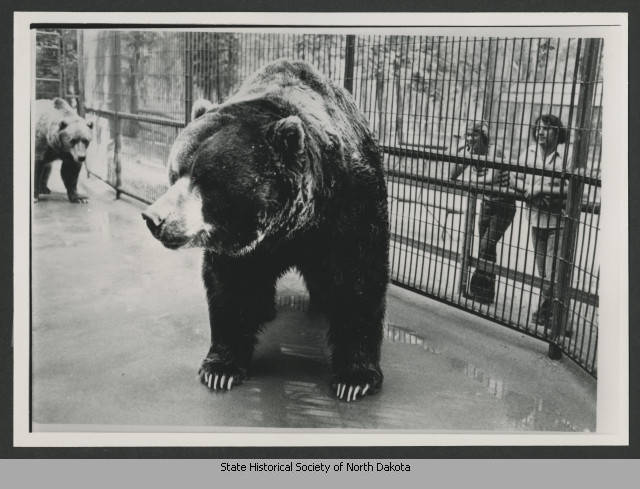 Clyde The Bear at Dakota Zoo

Clyde was an Alaskan Kodiak bear housed at the Dakota Zoo from 1965 until his death on June 4, 1987. At over 9 feet tall, he was reportedly the largest bear ever held in captivity.

Clyde, together with his later companion Bonnie, were arguably the Dakota Zoo’s single-most popular attraction to date. His status is that of an icon. 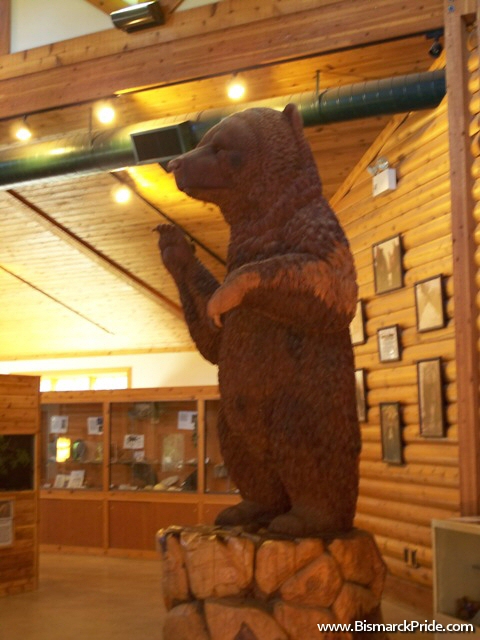 Attempts to mount Clyde’s body failed. A carved replica of Clyde, made by local artist Dave Ely, now sits on display inside the zoo.

Clyde was believed to have been born in January 1965. The Federal government originally studied Clyde as a research animal to determine the effect of the radioactive isotope Strontium-90 on wildlife. He was 180 pounds, still a cub, when brought to Bismarck later that year.