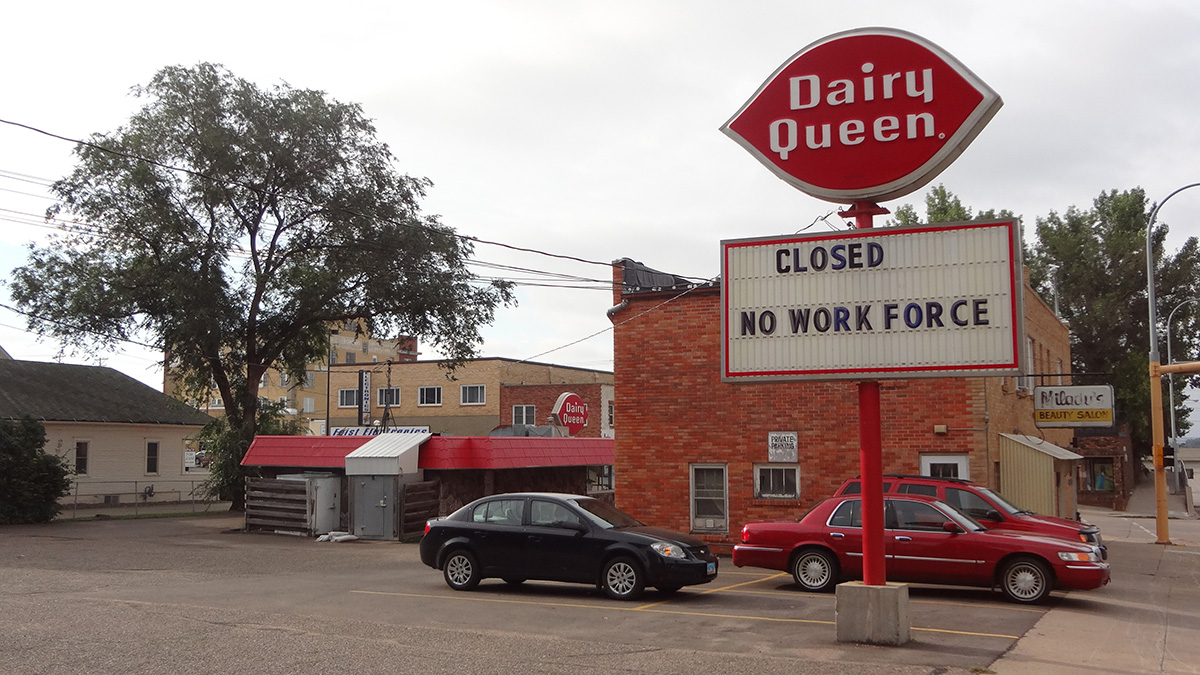 “Closed: No Workforce” reads the pylon sign for the Broadway Dairy Queen in downtown Bismarck. The popular and historic Dairy Queen on Bismarck’s Broadway Avenue has apparently closed early for the season due to an insufficient workforce.

While the Dairy Queen location operates seasonally, its operation usually coincides with that of the still-open Elks Pool, which draws much of its business. The location is expected to re-open next season and other local Queens remain open.

Except for its annual seasonal closures, the location has operated continuously since 1949 and is allegedly the oldest continuously operating restaurant in Bismarck.

This is not the first time a local business has suffered due to an employee shortage. One reason cited, although not confirmed, for TGI Friday’s abrupt closure was an insufficient workforce. A planned A&W Rootbeer location off of State Street, while fully constructed, also never opened due to an inability to obtain employees. That location is now Wendy’s.