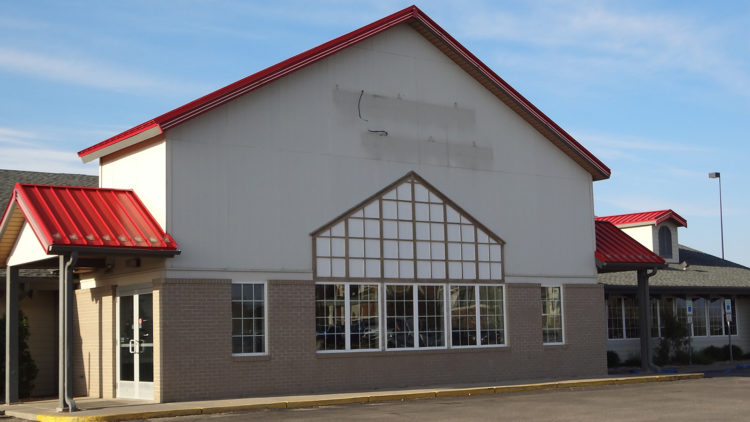 The Bismarck Golden Corral closed for the second time in 2016. It originally opened in 2007.

Contrary to conflicting reports on its looming closure, Bismarck’s Golden Corral restaurant has shut its doors… again. Signs are already down on the buffet-style restaurant, with a sign stating that they lost their lease.

Rumors started surfacing well over a week ago that Golden Corral was closing. However, after these rumors were initially denied, the restaurant did, indeed, close “for remodeling” on May 2nd, 96.5 The Fox reported. Since then, the mysterious sign hanging from the window has changed to confirm the restaurant’s closure.

Ironically, the sign invites patrons to search Golden Corral’s website for other locations… where Bismarck is still listed as open (as of 5/6/2016).

The restaurant shuttered once before, in 2011, shortly after re-branding under the Iron Kettle name. After corporate gained control of the local restaurant, along with locations in Fargo and Grand Forks, it re-opened in 2012.

Golden Corral first opened in Bismarck in May 2007.