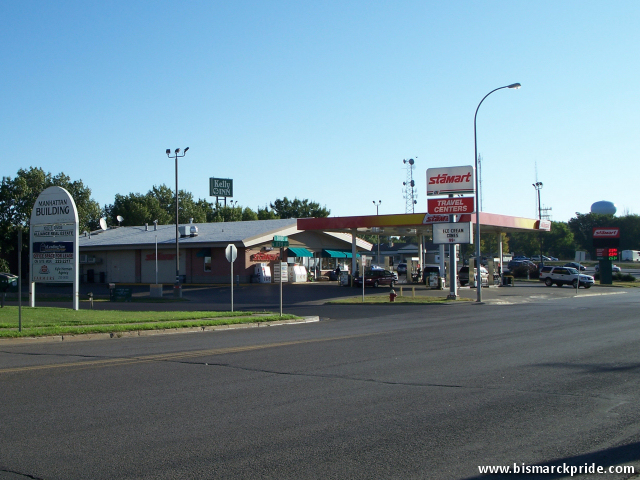 Located at the busy intersection of Divide Ave and State Street, this was once known as Jet Travel Center before becoming Stamart in the mid-1990s. In September 2010, it became Petro Serve USA.

When it was Jet, the building featured a small service center, which was turned into an enlarged liquor department after becoming Stamart. Located at a major intersection near the State Capitol, a major hotel, and several large office buildings, it is one of the busiest convenience stores in Bismarck.