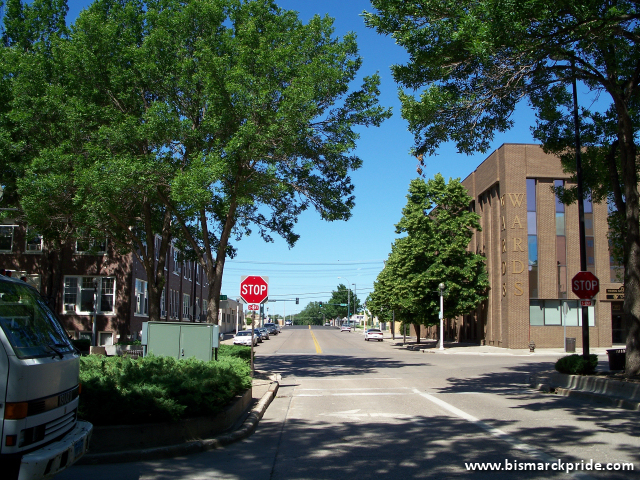 Corner of 4th Street & Thayer Avenue in downtown Bismarck. The building on the right originally housed Montgomery Ward Department Store and still is called the “Wards Building.” It received a major facelift in the early-to-mid 1970s, at which time it also housed long-time drugstore Finney Drug.

Building on the left is the former home to Bismarck Tribune.