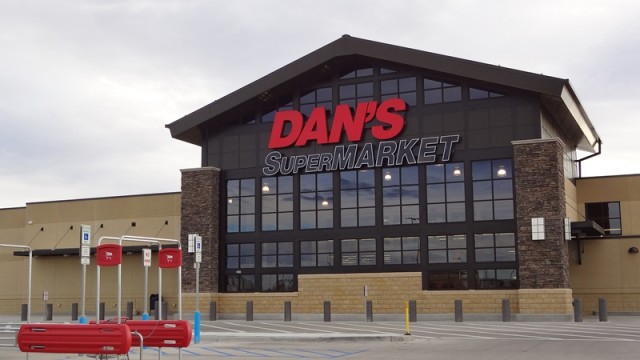 As with a few other Dan’s locations, Gateway Pharmacy is also housed inside the store.

Dan’s was founded in 1949, as Bismarck Supervalu, when Roy Rockstad & Eugene “Bus” Leary purchased the local Piggly Wiggly. The first “Dan’s” location opened in 1953 at Arrowhead Plaza, which remains today. Over the years, the company has expanded, not only across Bismarck-Mandan, but also to additional cities, including Dickinson and even outside of North Dakota. The company has since consolidated its operations to focus on its core market. Dan’s added its fifth local location just over a year ago after purchasing the Bismarck Central Market store.

Interestingly, Dan’s is not named after a real person. It was created as a marketing gimmick to coincide with the “Dan the Savings Man” campaign.