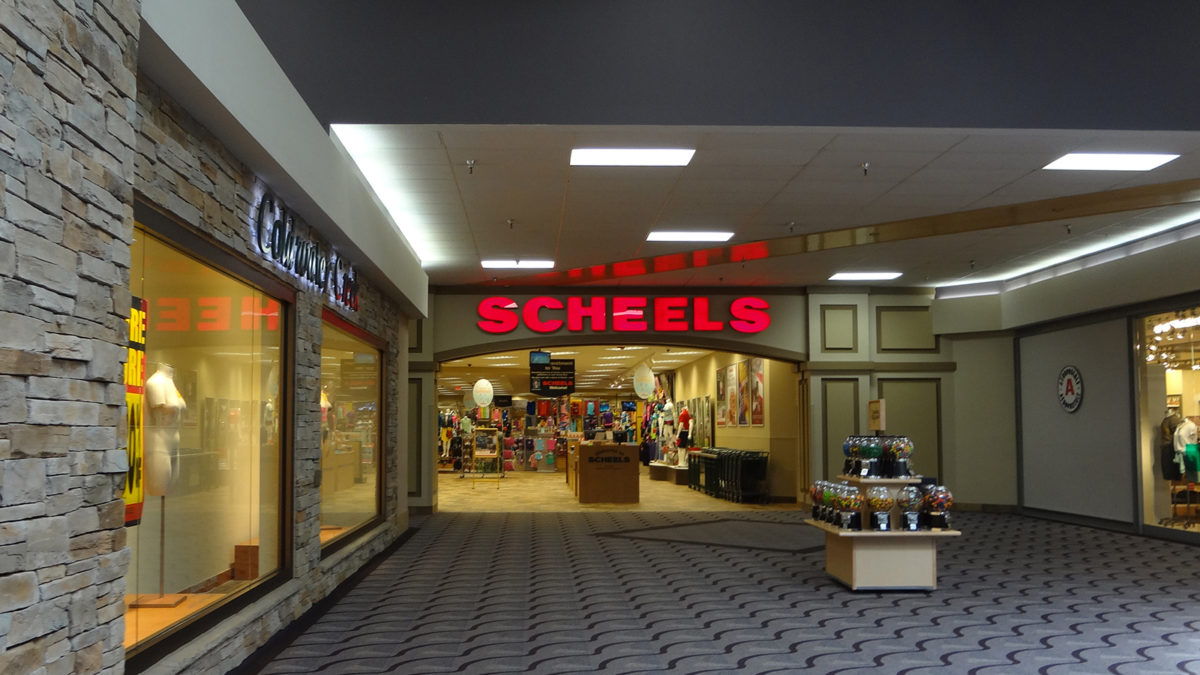 The first Scheels opened in Sabin, Minnesota as a hardware and general merchandise store in 1902. They eventually relocated to Fargo, where it remained a hardware store until expanding into sporting goods in 1954. The company recently opened the nation’s largest sporting goods store in Sparks, Nevada – which is slightly larger than its flagship store in Fargo.

Scheels setup Bismarck operations upon acquiring Elf Our Own Hardware at 118 N 5th Street in January 1966. The Elf store had been operating since 1955, affiliating with Our Own Hardware – a Minneapolis-based wholesaler formed in 1913 by twelve independent retail hardware dealers. By the time of the Scheels acquisition, Own Own Hardware had grown to an affiliation network consisting of 650 stores, including other Scheels stores.

One year later, Scheels acquired Arrowhead Plaza Hardware and consolidated its two Bismarck stores into the Arrowhead Plaza location, as Scheels Arrowhead Hardware. A second Bismarck store, originally measuring 7,585 square feet, opened at Kirkwood Mall in 1984. It was the company’s 16th total location and its first “All Sports” location, with a focus exclusively on sporting goods. Scheels ran both stores conjointly until selling its Arrowhead store in 1988.

In 1995, it nearly doubled to 28,000 square feet by expanding into the former Shades Nightclub and Dakota Pets spaces. Scheels graduated into a junior anchor and was, at the time, the 6th largest store at Kirkwood, larger than Osco Drug and only smaller than the primary anchors.

Scheels engulfed its neighboring tenants, including Sbarro and Karmelkorn, with store entrances facing two hallways and an exterior access.

Scheels continued ongoing expansion henceforth, until enveloping most of the southwest wing by 2012. After expanding by an additional 40,000 square feet, it became the company’s largest single-floor store.

1Sources vary on the year Scheels opened, including in 1965 and 1973. Newspaper articles prove it was around as early as 1970 in Arrowhead Plaza.