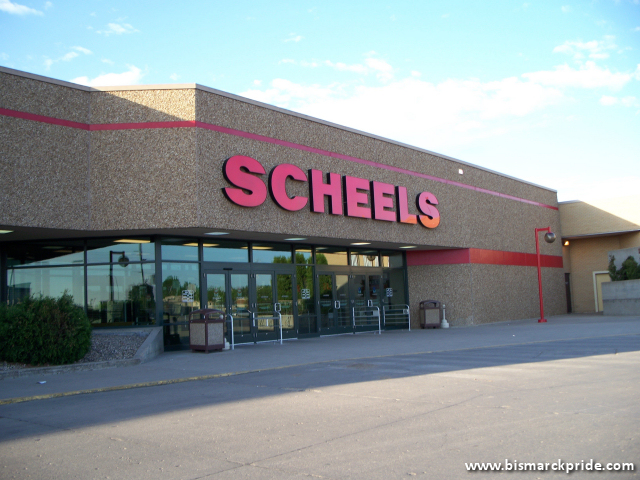 Scheels is a regional sporting goods, hardware, and clothing retailer headquartered in Fargo.

Scheels opened its first Bismarck location at Arrowhead Plaza in 1973*. The store was relocated to Kirkwood Mall in 1984, where it became the company’s first store devoted entirely to sporting goods – penned “Scheels All Sports” due to this distinction.

The first Scheels opened in Sabin, Minnesota as a hardware and general merchandise store in 1902. They eventually relocated to Fargo, where it remained a hardware store until expanding into sporting goods in 1954. The company recently opened the nation’s largest sporting goods store in Sparks, Nevada – which is slightly larger than its flagship store in Fargo.

In 2012, Scheels announced plans to expand its Kirkwood Mall location by 40,000 square feet.

1Some sources indicate that Scheels first opened its Bismarck location in 1965. Based on this, it is reasonable to assume that Scheels had a location prior to opening at Arrowhead Plaza, however this has not been confirmed and thus the 1973 date is used.