Will Macy’s Come to Bismarck? 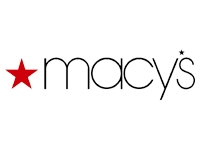 With the reported sale of the Home Depot building last week, I’ve once again heard speculation going around that Macy’s may open a store in Bismarck, possibly inside the former Home Depot store. I decided it was time to explore the likelihood of this long-time retailer coming to the capital city.

The rumor of a Macy’s opening a Bismarck store has been circulating since Raymond Arjmand purchased Gateway Mall in 2006. Shortly after its purchase, Arjmand announced an impressive renovation plan that would reportedly include the addition a new anchor store, rumored to be Macy’s.

It was believed that reinventing the aging center through renovation and a slightly modified name change to “Gateway Fashion Mall” would attract higher-end retail tenants such as Macy’s.

Last October, it was announced that Arjmand was close to finalizing a combined 70,000 square feet of space for a major tenant, which again was rumored to be Macy’s; however, there has been absolutely no news on the topic since.

So, the question remains… Just how likely is it that Macy’s will open a store in Bismarck any time soon? Next to none.

The Marshall Field's store at Kirkwood Mall was shuttered in 2005 rather than converted in Macy's. The space is now occupied by Target.

Macy’s already had an excellent opportunity to have a store located in Bismarck when its parent, Federated Department Stores, purchased Marshall Field’s from May Department Stores in 2005, who themselves had purchased the chain less than a year earlier from Target Corporation. The newly merged company chose to shutter the Kirkwood Mall store rather than converting it into a Macy’s, citing poor store performance.

The two Marshall Field’s stores in Fargo and Grand Forks were, however, converted into Macy’s, further indicating that the company had little interest in a store in Bismarck at the time.

It is possible that the company just wasn’t interested in maintaining a store at Kirkwood Mall, but would still consider opening a store elsewhere in Bismarck. After all, the speculated store at Gateway Mall was supposed to be a downsized version at around 30,000 square feet.

I’d still be willing to bet that Bismarck won’t see a Macy’s store anytime soon, especially not given the company’s recent performance.

Luxury retailers, including Macy’s, have been hit hard by the national recession, with shopping trends mostly favoring lower prices rather than quality or service.

Over the past couple years, Macy’s has been in consolidation mode, closing under performing stores, including 5 announced just this month. Last year, the company undertook a large-scale consolidation effort with the closure of its four regional offices, which had previously been reduced from eight, cutting nearly 4% of the company’s total workforce.

Only three Macy’s stores opened in all of 2009, two of which were in California and one in Arizona. The company’s recent expansion announcements have been mostly of its much smaller Bloomindale’s chain, many of which will be smaller outlet stores consisting of less than 40,000 square feet.

Since there are currently no Bloomingdale-branded stores in North Dakota and only one in Minnesota, I wouldn’t count on one of them opening in Bismarck either.

Until something is confirmed, the speculation remains up in the air as to who will eventually occupy the former Home Depot building and vacant spaces at Gateway Mall.

To date, Marshall Field’s and Home Depot have been the only big box retail stores to close in Bismarck that weren’t the result of a defunct company.