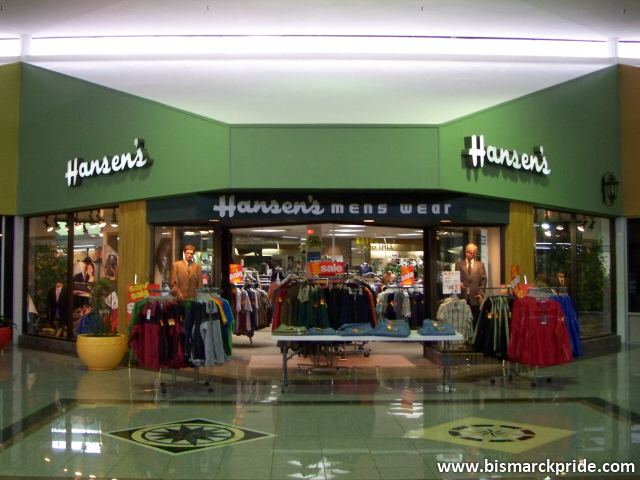 Another long-time tenant at Gateway Fashion Mall has announced they are departing. Hansen’s Menswear announced they are relocating to 1003 East Interstate Avenue, near Bob’s Photo/A&B Pizza. According to the report, Hansen’s has been at Gateway for 30 years, which presumably means it was an original tenant since Gateway Mall is celebrating its 30th anniversary this exact month.

According to an article posted by KXMB, Hansen’s Menswear is relocating to “cut expenses”. It is interesting to note that Cheryl Hansen is the Mall Manager at Gateway, and has been for many years, so the departure of her husband’s retail store is definitely a surprising development.

This is the third major retailer to announce their departure in recent months, beginning with the June announcement of Conlin’s Furniture and Joy’s Hallmark. The recently renovated center has still yet to fill the former CVS/pharmacy spot, left vacant since February of this year.

Gateway Fashion Mall’s owner is currently battling a fraud lawsuit for both the Bismarck shopping center and two he owns in California. This, on top of the mounting vacancies certainly puts a dark shadow on the mall’s future.

Hansen’s Menswear is expected to relocate in October into the Interstate Office Building at 1003 East Interstate Avenue, next to A&B Pizza and Bob’s Photo.