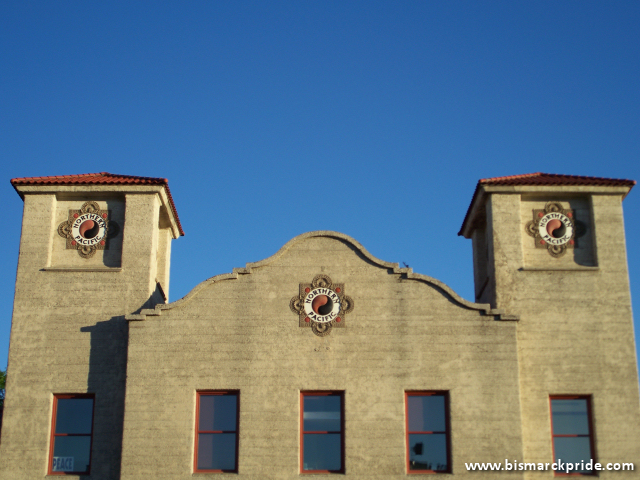 The Northern Pacific Railway was a railroad company who constructed and maintained its namesake northern transcontinental railroad, which spanned from Minnesota to Washington state, connecting the Great Lakes to the Pacific Ocean. It ceased as a separate company upon merging with three other railroads to form Burlington Northern (now BNSF Railway).

In accordance to its charter, Northern Pacific, through its auxiliary company Puget Sound, was chiefly responsible for selecting and establishing townsites along its railroad, include present-day Bismarck.

Northern Pacific was commissioned in 1864. The United State Government provided roughly 40 million acres to construct the rail line. Northern Pacific was entitled to every other section of land within 40 miles of its road and principally responsible for selecting townsites, including Bismarck. This land was ultimately more valuable than the line itself.

Construction of the railroad commenced westward from Carlton, Minnesota on February 15, 1870. Eastward construction efforts began in Washington the following year, with the two points expected to join somewhere in Montana. Contracts to construct the line through Dakota Territory were awarded in 1871. Ahead of the line, operations consisted of establishing military posts and securing land.

As an agent for the railroad, Colonel Sweet selected the townsite that is now Bismarck in May 1872. It was christened “Edwinton” that August in honor of Edwin Ferry Johnson, who first championed for the railroad’s construction.

The railroad reached Bismarck on June 4, 1873. Shortly after, construction halted abruptly in response to the Panic of 1873 – a nationwide financial crisis. Northern Pacific declared bankruptcy two years later, in 1875.

Construction halted on the railroad for six years. 555 miles of the line was completed, but a gap existed westward and no bridge yet traversed the Missouri River. The line virtually ended at Bismarck for nearly ten years.

Despite this setback, Northern Pacific traffic was strong, due in large part to a gold rush that began in 1874, as well as complimenting cargo distribution with Missouri River steamboats. 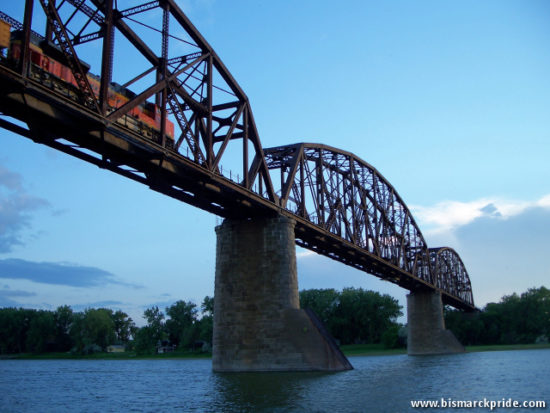 After surviving bankruptcy, Northern Pacific emerged with enough capital to complete its line.

Beginning in 1878, roughly five years after construction abruptly halted, Northern Pacific resumed construction. The contract was let in January 1881 to complete the multi-million dollar “great iron bridge” spanning the Missouri River, which opened in October 1882. While the ceremonial golden spike took place the month prior, in western Montana, the bridge effectively completed the line.

The Panic of 1893 forced Northern Pacific into its second bankruptcy on October 20, 1893. It survived this second financial woe, but under new leadership when competing railroad tycoon James Hill acquired controlling interest.