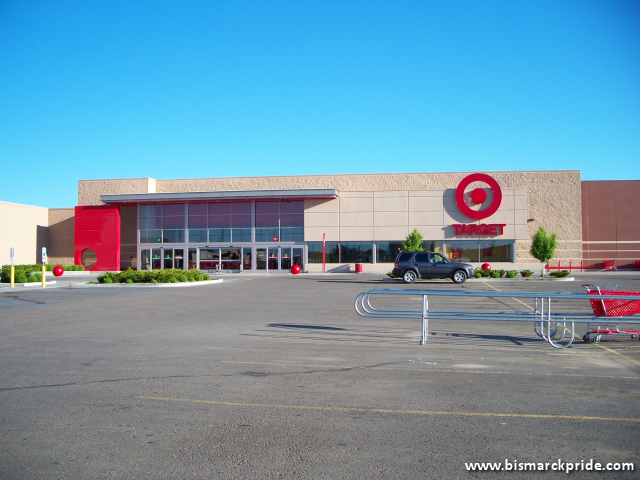 Target relocated its Kirkwood Mall location in 2006, replacing the former Marshall Field’s space. It was rumored that the new store would be a Super Target encompassing two floors, but this never happened – possibly due to
Wal-Mart opening two Supercenters in Bismarck that same year.

Target first arrived during Kirkwood Mall’s 1980 expansion, along with JCPenney. It was Bismarck’s third modern-day discount store, after Kmart in 1971, and White Mart in 1979 (now closed).