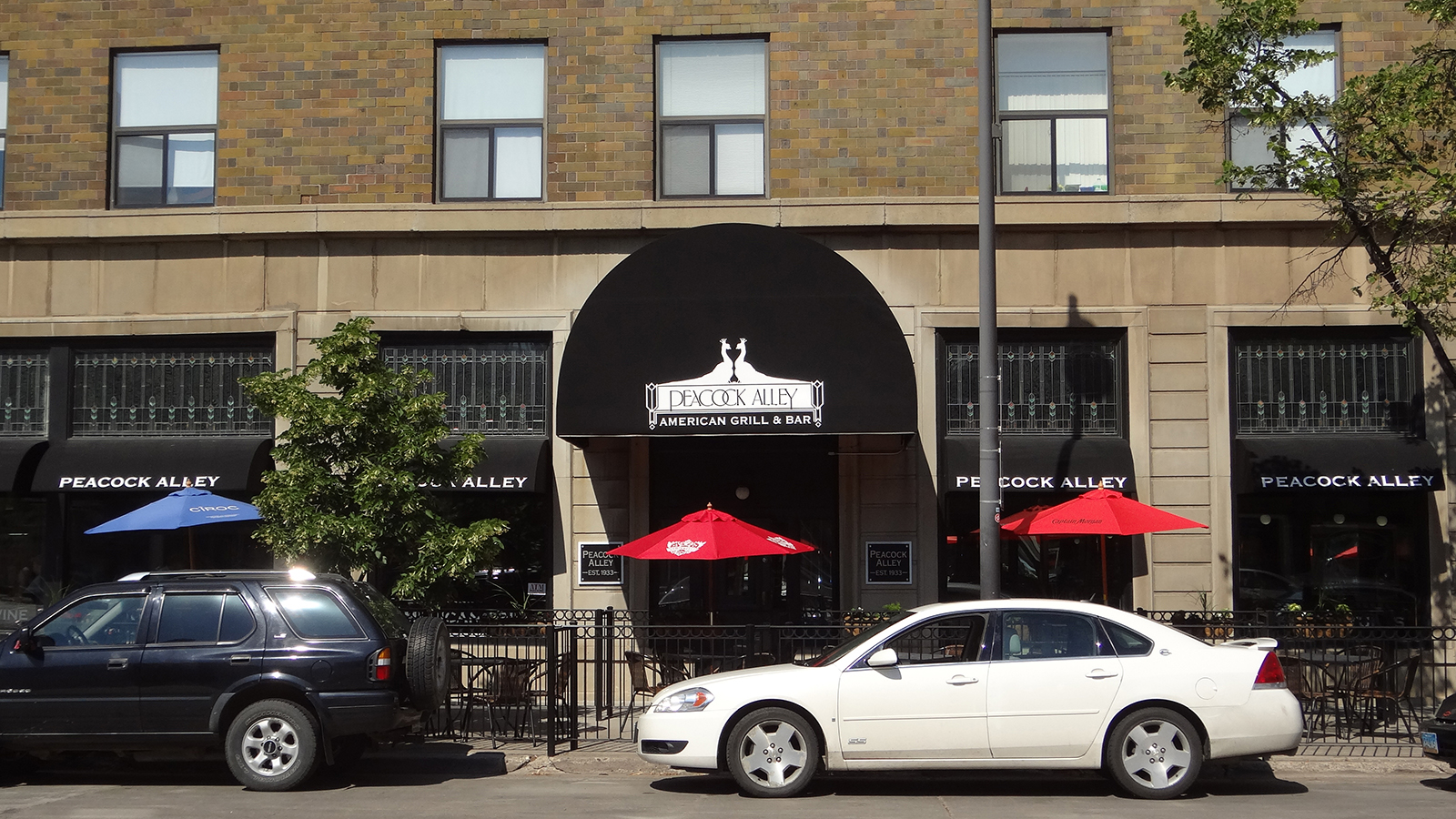 When hotel operations ceased at the Patterson in the 1970s, the rooms were converted into senior apartments, and the lobby soon became home to Peacock Alley.

Peacock Alley underwent new ownership in 2010, when Dale and Melodie Zimmerman purchased the entity from Mary Barbere, who had owned the popular business since 1998.