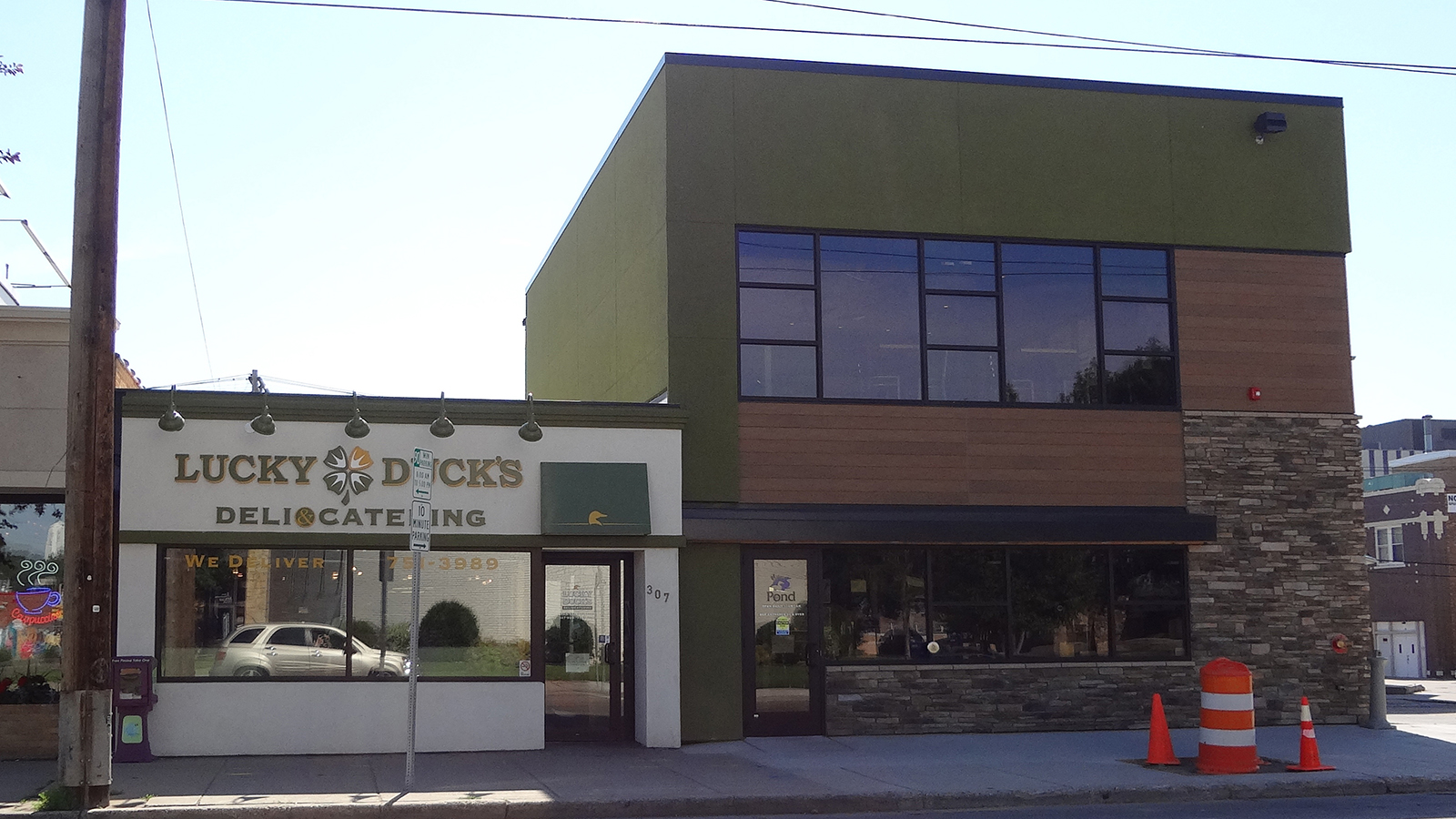 The establishment began solely as Lucky Ducks Deli, which replaced Space Aliens BBQ Pit in 2012. The Pond was added in 2014, expanding the building to the south on a lot previously used for patio seating. The District concept debuted in 2016, adding J60, Avery’s, and others while expanding into the adjacent space that held Corwin-Churchill Appliance for decades.

The District received more than $400,000 in Renaissance Zone funding to renovate and expand its buildings.

The District shuttered abruptly in June 2018, mere months after authorities conducted an overnight drug raid at the establishment.