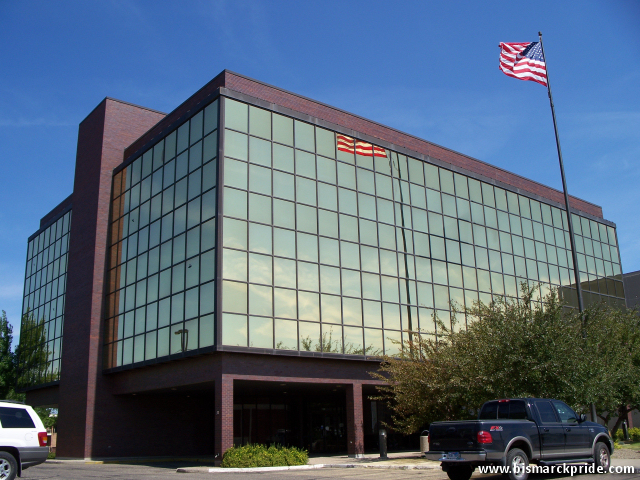 Constructed in 1981, this building served as the corporate headquarters for Gold Seal Products until its purchase by Airwick Industries in 1986. Founded in 1942 by local businessman Harold Schafer, the individual behind the creation of the Medora Musical, Gold Seal was mostly known for manufacturing and distributing Mr. Bubble, Snowy Bleach, and Glass Wax.