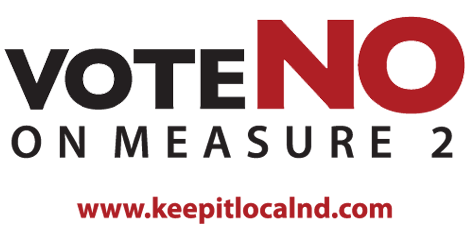 Measure 2 is a proposition to eliminate property taxes. Supporters argue that it is an unfair tax; that we never truly own our property and are, in turn, forever renting it from the government.

Through that annual “rent” we pay called property taxes, the government provides us with valuable services such as police and fire protection, public education, and infrastructure maintenance. We can’t be free-riders on the system. If we want these valuable services that we all expect a government to provide, we need to pay taxes, the most important of which is property taxes.

Property taxes are either the #1 or #2 single-source of income for almost every city and are, therefore, one of the most important local taxes. Eliminating such a large revenue source would result in other taxes, most notably sales and income taxes, seeing hefty increases. I am fearful of the results from eliminating property taxes without a viable alternative, which Measure 2 does not specifically address. I fear that it could have serious ramifications on our local economy.

If our sales tax increases even slightly, that will drive many people to patronage businesses outside of the state. Some residents already do, especially to nearby Montana, which has no sales tax. A higher sales tax will be even more incentive to do so – resulting in lost revenue for local business.

We also have to consider that there are many out-of-state property owners, many of which are multi-billion dollar corporations. According to Keep It Local ND, 16.7% of property taxes, or $126.8 million, are paid by non-residents. Eliminating property taxes would free those out-of-state owners from contributing local taxes and will, therefore, shift that $126.8 million burden to local citizens.

Banking On Economic Surplus Is Reckless

It’s true that North Dakota has a large cash surplus. We can’t count on that being available forever, however. That $1 billion surplus would dry up mighty fast if we have to use it to replace $800 million in local tax revenues.

It’s no secret that much of our enormous economic prosperity has come from the oil boom. That boom could go bust at any time. We’ve already seen an oil boom go bust before. Yes, circumstances are different today than before, but our current boom could quickly go bust if the current efforts to ban fracking ever become successful.

Small Towns Will Hurst Most

Small towns are especially reliant on property taxes as they have less alternative sources to generate local revenue. To begin with, small towns generally don’t have enough local businesses to generate significant sales tax revenue. Additionally, if state lawmakers are put in charge of overseeing disbursement of local funds, there may be slight favoritism towards larger cities.

Since many small town residents both work and shop in larger cities, increasing municipal sales and income taxes would not replace the lost property tax revenue for these small cities. It would, instead, shift the money that was once collected locally to the larger cities where these residents are working and shopping.

In that scenario, it seems that the larger cities would benefit at the expense of the smaller towns. Those same larger cities are already likely benefiting from the small town workers and consumers as it is.

Increasing the state income tax to compensate also would not guarantee proper allocation to the small towns.

In researching how other cities handle municipal income taxes, some collect them from only residents, some from any employee working within city limits, and some from both.

Most renters will see no relief from property tax elimination while paying higher taxes elsewhere. In almost all cases, landlords will not lower rental rates after property taxes are eliminated, pocketing the difference instead. Most rental property owners are investors who are only interested in maximizing profits.

Contrary to what many believe, renters DO pay property taxes, indirectly through their rent. Some states, including nearby Minnesota, even allow renters to claim property taxes. Therefore, arguing that property taxes are unfair because renters don’t pay them is simply untrue.

This is one of the most common arguments against Measure 2, and rightfully so. Many supporters argue that nothing will change in regards to making local spending decisions, but that isn’t entirely true. While it is true that local communities will still decide how much money is spent where from within their budget, the one major difference is that the state legislature will first decide what amount is disbursed to each local community. If that’s not enough, local communities will have limited alternatives to raise local revenue since their single largest revenue generator has been eliminated. The likely result is cut services.

How will the legislature determine the disbursement for each community? By population? By their definition of  ‘importance’? Since bakken oil is one of the main drivers of our economic boom, would those communities get higher disbursements? If so, where would that leave Fargo, Grand Forks, and other communities located far from the bakken?

With the state legislature in charge of determining local disbursements, there could be a higher opportunity for overspending. Think of a corporation that establishes a set budget for each department. If a certain department’s budget is higher than what’s actually needed, that department will probably go on a spending spree, buying non-essentials because it knows that their budget will be cut next year if it doesn’t spend it all this year.

Many who have worked in corporations can relate to this practice and local communities might practice the same philosophy. Under our current system, if a city has a surplus, the city can save it for the future rather than be forced to spend it to maintain their allotted budget.

Is our property tax system perfect? Absolutely not. But, then we should be working to change the system and reduce property taxes, not eliminate them altogether and replace them with even worse alternatives.

Eliminating property taxes is a scary proposition. I’ll be voting NO, will you?