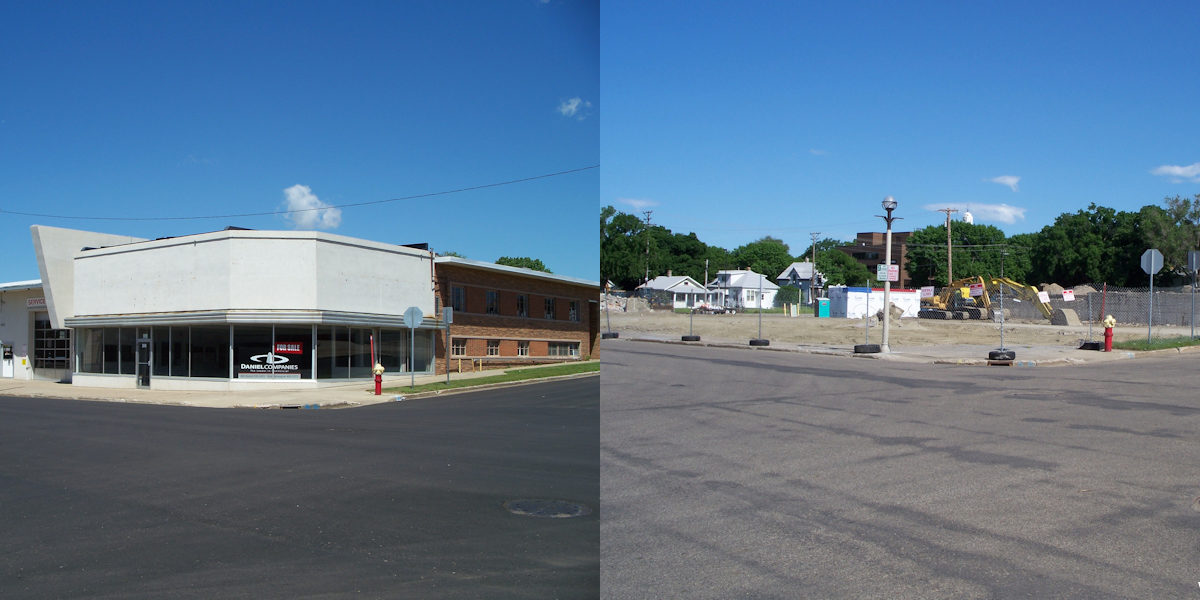 The former Fleck Motors building (pictured left) was recently demolished to make way for a new mixed-use project that will include both residential and commercial spaces with underground parking. While I am saddened to see this iconic 1950s building gone, I am happy to see something come of this abandoned lot, which has been vacant since Wilhelm’s shuttered in 2007.

The building featured on the left was built in 1952 for Fleck Motors, whose original building was destroyed by a major fire. Jamestown, ND-based Wilhelm’s purchased the dealership in 1986, but primarily operated out of an adjacent building.