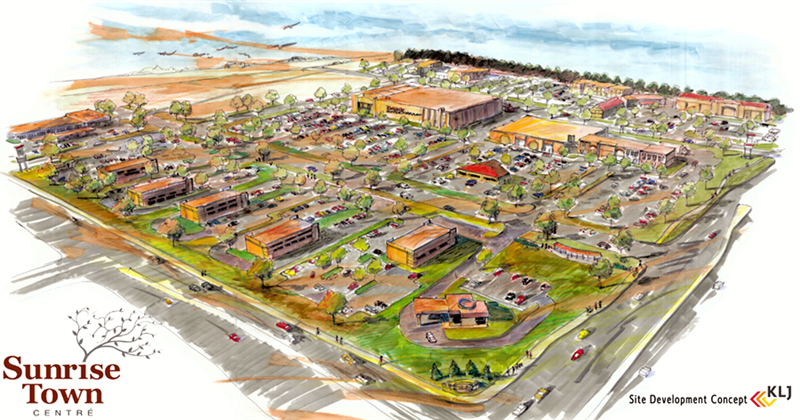 A BNC National Bank branch and a large 22,000 square-foot liquor store are expected to be joining Dan’s Supermarket at the upcoming Sunrise Town Centre.

The name of the liquor store has not been confirmed, but a good guess would be Captain Jacks, who already maintains large liquor stores next to three other local grocers, including two of Dan’s other locations.

A gas station and fast food restaurants are also expected to join the out lots at Sunrise. Again, their names have not yet been confirmed; however, Burger Time has previously announced plans for a second Bismarck location to open next year. Putting two and two together, Burger Time would be a good bet for one of the out lots.

Once completed, Sunrise Town Centre will be an expansive mixed-used development located at the southeast corner of Century Avenue and Centennial Road.

While BNC is confirmed, the sale of the liquor store is still pending and is subject to change. Stay tuned for more information as it becomes available.