Herberger’s may re-open under new owner, mostly online with some physical stores 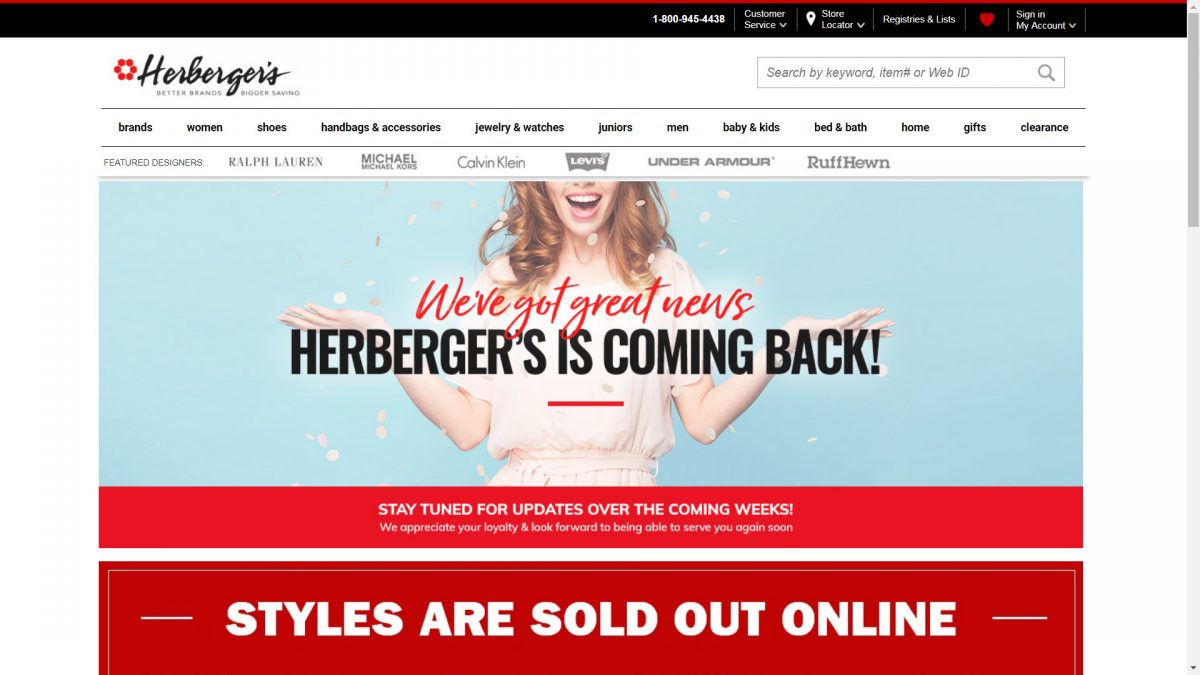 You may have seen or heard about the mysterious message recently posted on the website of Herberger’s, and other Bon-Ton brands, touting the “great news” that “Herberger’s is coming back!” Now, there are details coming forth in the plans to reboot the long-time retailer.

CSC Generation Holdings – a tech company – announced a deal to acquire the assets of Bon-Ton Stores, Inc. and its subsidiaries – including Herbergers, USA Today reports. If approved by the bankruptcy court, the company plans to re-establish retail operations of the defunct retailer, with a particular emphasis on e-commerce.

CSC Generation is also negotiating lease agreements to re-open physical stores in five states. Unfortunately, North Dakota is not among them. Colorado, Illinois, Indiana, Wisconsin and Pennsylvania are cited as locations of the re-invented retailer.

The Kirkwood Mall Herberger’s closed in August as part of a nationwide liquidation. Its parent, Bon-Ton, hadn’t earned a profit since 2010 and filed for bankruptcy earlier this year after missing a $14 million interest payment. Spirit Halloween will temporarily occupy the former Herberger’s space.