Jacobs Trading Company is a company specializing in the sale and distribution of close-out and clearance merchandise, based in Plymouth, Minnesota.

For a short time the company operated a small chain of eight retail stores under both the Jacobs name and, beginning September 1996, under the marquee World’s Greatest Deals, which included a location at Gateway Mall (July 1995-1999) in Bismarck, as well as a store in Grand Forks. 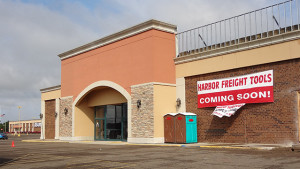 The company’s retail operations were sold to Petters Group Worldwide in 1997, who had originally vowed to continue their operation; however, after failing to make payments for their purchase, the stores were ultimately shut down.

It is interesting to note that Tom Petters, whose company had purchased the retail operations from Jacobs Trading, was recently convicted of multiple felony counts as part of a $3.65 Billion Ponzi scheme. Over the years, Petters Group had acquired multiple companies including Sun Country Airlines, Polaroid, and Fingerhut.

Founded in the 1960s, Jacobs Trading Company continues to operate as a wholesaler and distributor.