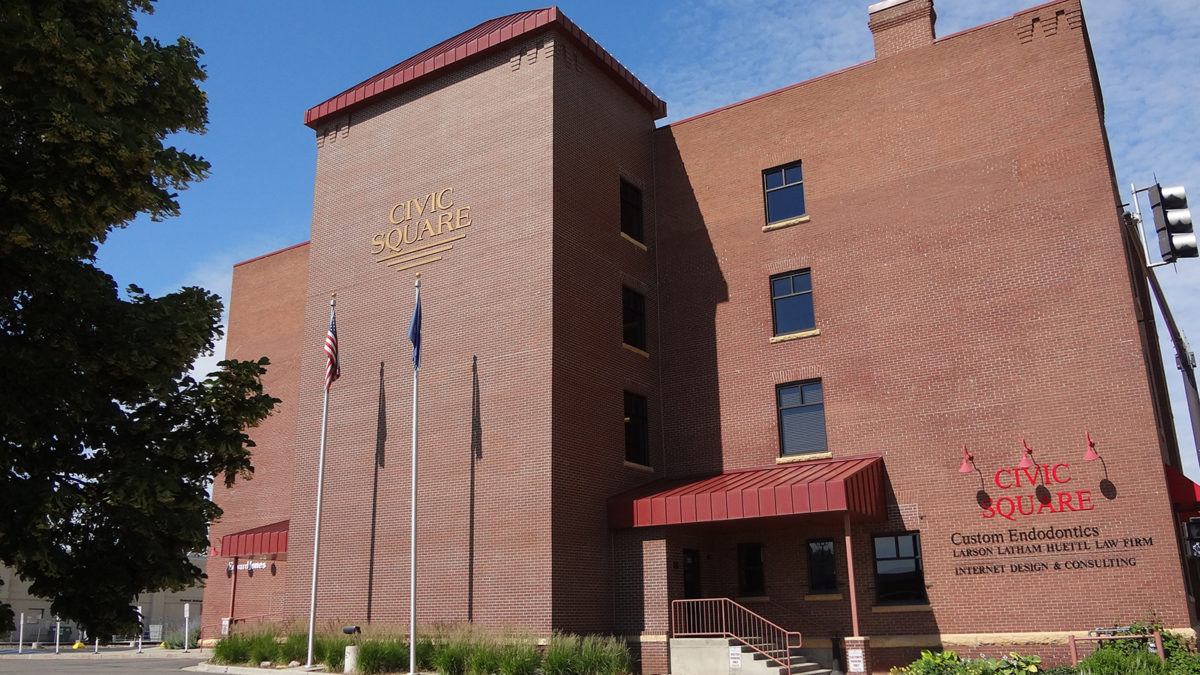 Founded in 1902, the Bismarck Grocery Company was the region’s main grocery distributor for many years. The company’s original location was at the 200 block of Main Avenue; however, it was relocated to a new warehouse at 517 E Main Avenue in 1912.

Its long-time warehouse was built in 1910 and later housed GP Warehouse Emporium and Front Page Tavern. Today, the building is an office complex called Civic Square.

In 1976, a “mini mall” was added to the second floor called Village Square. The Square dissolved within 18 months.

In 1979, it became a temporary home to Sports Page Tavern, whose former location was destroyed by fire. Sports Page relocated to its present-day location at 1059 E Interstate Avenue shortly after.

Later in 1979, Front Page Tavern was established in the building, where it remained until closing – twice – 1987.

The building and site were purchased by Mort Bank to construct the McDonald’s Rock N’ Roll Cafe next door in 1992. His original intent was to demolish the former warehouse.

After years sitting abandoned, the building completed a major renovation in 2007, estimated at $600,000. It was converted into an office complex called Civic Square.