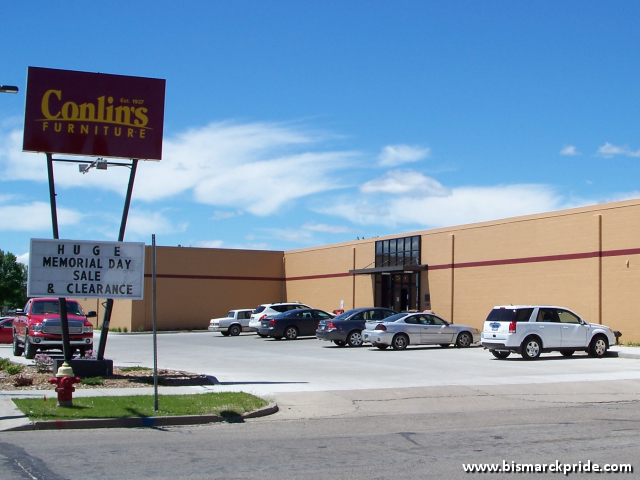 Conlin’s Furniture is a regional furniture chain located across the Dakotas, Montana, Wyoming, and Minnesota. It has maintained a Bismarck store since 1955. The company is headquartered in Billings, Montana; however, operates its primary distribution center and significant corporate operations from Bismarck.

The first store opened in Williston, North Dakota in 1937.

In 1982, Conlin’s purchased Self Service Furniture City and consolidated the two stores into the historic Webb Brothers building, which Furniture City had occupied since Sears vacated in 1979 upon moving to Gateway Mall.

Conlin’s remained in the Webb Brothers Building until it, too, relocated to Gateway Mall, in 2004.

Five years later, in 2009, Conlin’s again relocated, to its present-day location (as of 2017) on the corner of Broadway Avenue & 18th Street. Conlin’s formerly used the building as a warehouse, and it was originally home to Warehouse Market. In 2012, Conlin’s added additional space onto the northeast side of its current Broadway location.

Until 1984, Conlin’s also owned Carpet World with stores in Bismarck and Fargo.

The local Carpet World was located on The Strip before getting consolidated into the Conlin’s store at 201 E Main.

In 1980, Carpet World was spun off into its own store at 1105 E Main Avenue. The building was previously occupied by Self Service Furniture City, who relocated to the historic Webb Brothers building on the 300 block of Main Avenue following Sears’ departure in 1979 upon moving to Gateway Mall.

Conlin’s sold the store in 1984 to a group that included the store’s manager. Carpet World remained on Main Avenue until 1994. 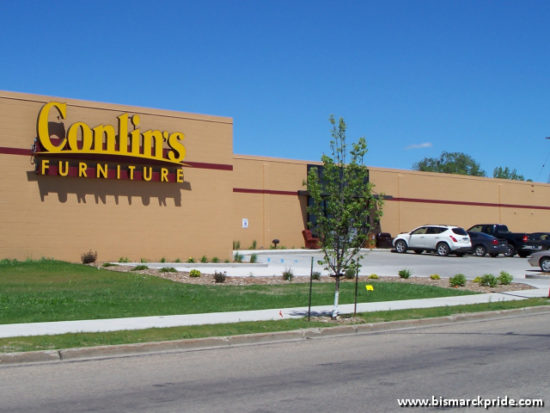 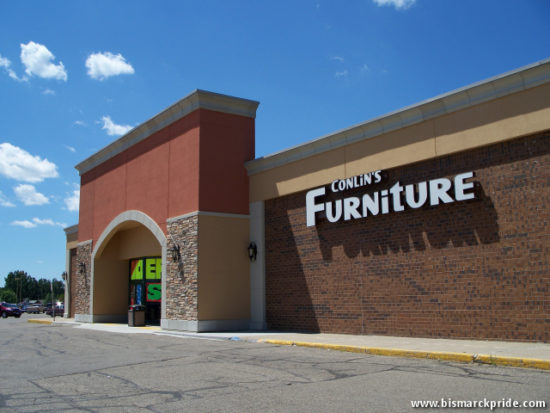 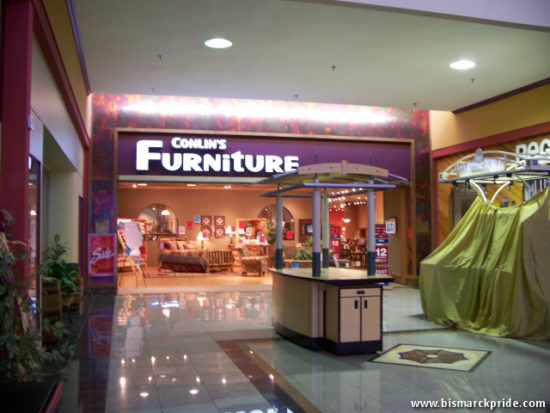 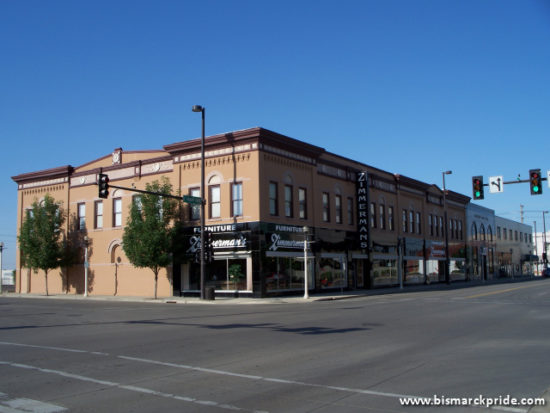 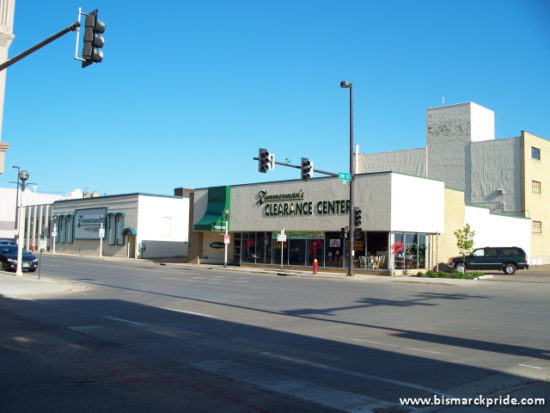