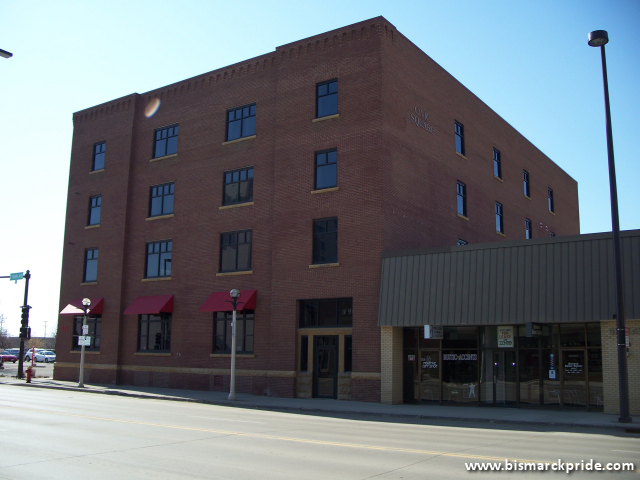 GP Warehouse and Emporium was a local bar established in 1974 by the Peterson, long-time owner-operators of the Grand Pacific Hotel.

Located in the former Bismarck Grocery Warehouse at 517 E Main Avenue, GP was divided into sections, one being called “The Store,” which was a “quiet area” resembling an old country store. Other areas were devoted to dancing and live performances.

In 1979, it became a temporary home to Sports Page Tavern, whose former location was destroyed by fire. Sports Page relocated to its present-day location at 1059 E Interstate Avenue shortly after.

Later in 1979, Front Page Tavern was established in the building, where it remained until closing – twice – 1987.

Today, the building is an office complex called Civic Square.