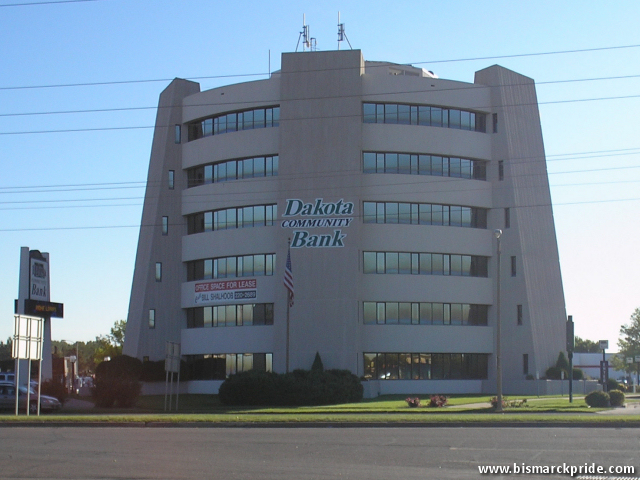 Kirkwood Bank & Trust is a long-time regional financial institution based out of Bismarck. It was established (as Bank of Kirkwood) in 1973.

McCoy was manager of the Associated Contractors of North Dakota.

The Wachters were of the local Wachter family, who notably established Kirkwood Mall and donated land for the Civic Center.

Kirkwood Office Tower was erected in 1975 to house Kirkwood Bank, as well as other tenants. Today, the tower houses Dakota Community Bank & Trust.