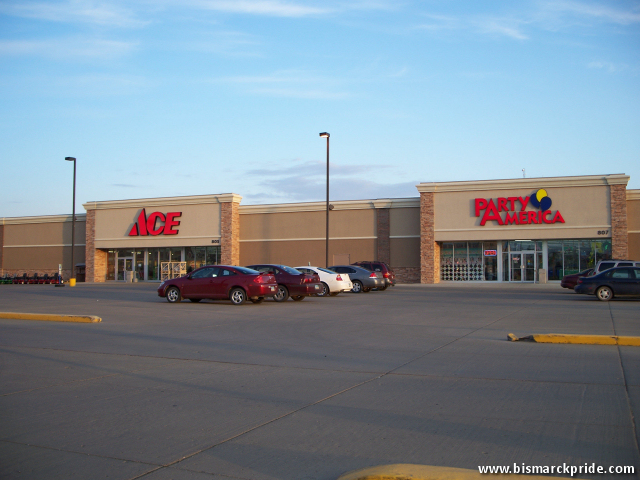 Friendly True Value was a regional hardware and craft retailer owned by Dallas-based Mustang, Inc., an oil exploration company, that consisted of seven stores in western North Dakota and Montana, including at 805 S 7th Street in Bismarck. Other locations were in Devils Lakes, Tioga, Minot, Dickinson, Williston, and Glendive, Montana.

The 31,000-square-foot Bismarck store opened in July 1990 – the state’s fourth store. After several closures, the store shuttered a final time in 2006.

Friendly True Value’s first closure spanned only 25 days, between June 6th and July 1st, 1998. All seven of its store closed abruptly, without advanced warning even to store managers, stunning citizens. Merchandise remained displayed onside the store into the next day.

The second closure, also short-lived, came in 2002. It re-opened under a new banner in February, Mustang Hardware, and new affiliation with Do it Best Hardware. A second store also opened, in March, at Arrowhead Plaza. By October, both stores reverted to True Value under new ownership.

The store closed a final time in 2006. The building was divided up, replaced by Kirkwood Ace Hardware on the east and Party America on the west.