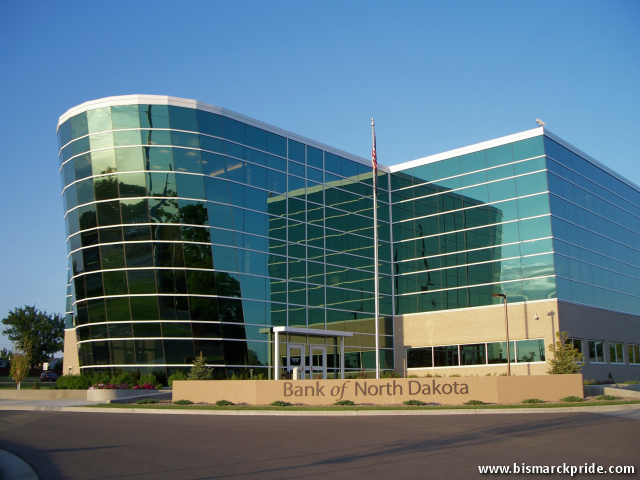 The Bank of North Dakota (BND) is the nation’s only current state-owned bank. It occupied the former Missouri Valley Motors building at Main and 7th until 2008, when its current facility on the former Holiday Inn site opened near the Liberty Memorial Bridge.

The Bank of North Dakota was established in June 1919 to facilitate low interest loans for farmers. The Nonpartisan League orchestrated its formation, shortly after gaining majority control over state politics. Since then, the financial institution has adapted to local needs and expanded its offerings. Most of its expanded portfolio was under the direction of Governor William Guy in the 1960s, including commercial loans and student loans (in 1967).