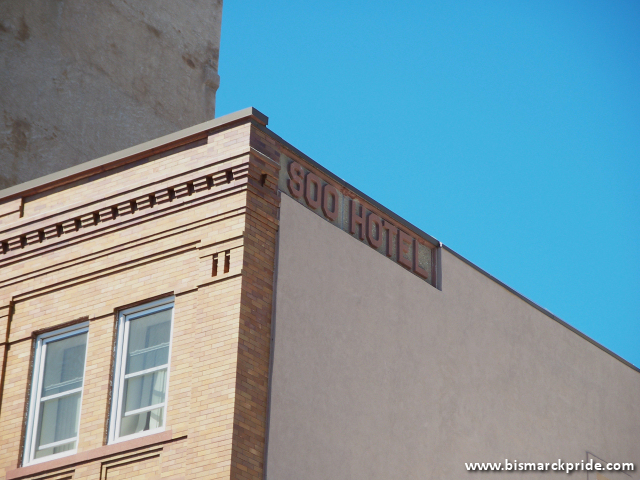 Built in 1906 by Edward Patterson, the Soo Hotel remained in operation until the late 1970s (as the Patterson Annex). Patterson later named the it “Princess Hotel” as a spoof on the Prince Hotel, owned by his chief rival Edmond Hughes. Hotel was again renamed Patterson Annex. Until 1910, it was the tallest building in Bismarck.

When it was originally built, it was the last building on the block. The Patterson Hotel, completed in 1910, was built flush against the building. A walkway was opened between the two hotels so patrons of the Soo Hotel could benefit from the amenities of the Patterson.