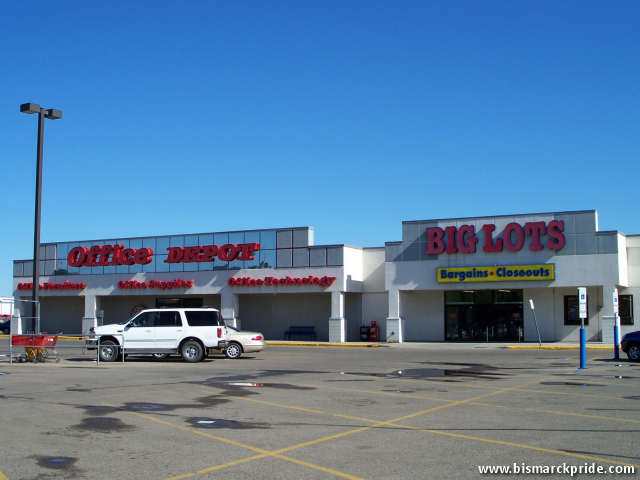 This building was built in 1979 to house a catalog showroom for national retailer LaBelle (later Best Products). “Best” closed its Bismarck store in 1997. Office Depot and Big Lots occupied the building soon after BEST’s closure (in 1998 and 2001, respectively).

Office Depot opened less than a year following Staples in Bismarck. Despite the added national competition, local office suppliers such as Woodmansees and Fireside continue to survive.

As of 2018, it is the only Big Lots store located in North Dakota, despite that a Fargo store existed prior to Bismarck.