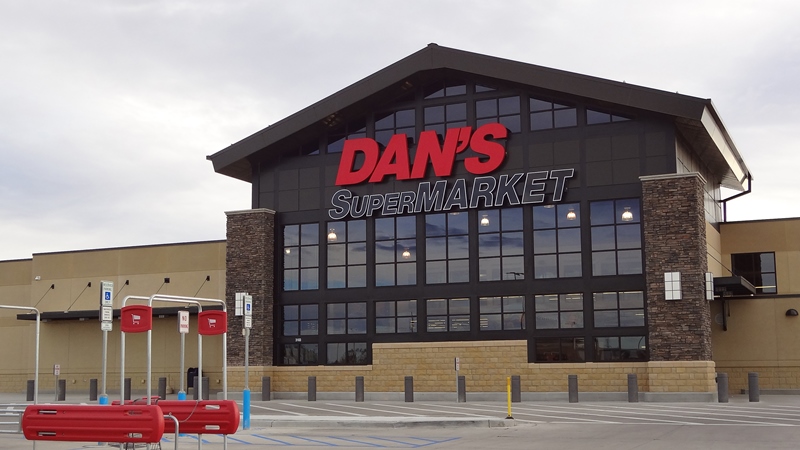 Opened in January 2015, this was the sixth Dan's location in Bismarck-Mandan. Dan's has its roots back to 1949, when Roy Rockstad & Eugene “Bus” Leary purchased the local Piggly Wiggly.

Dan’s Supermarket is a chain of grocery stores in Bismarck-Mandan that was founded in 1949. At its height, Dan’s owned and operated a total of 11 locations across North Dakota, South Dakota, and Wyoming. Today, the chain has consolidated operations to focus on its local roots. Interestingly, Dan’s is not named for a real person. Instead, the […]