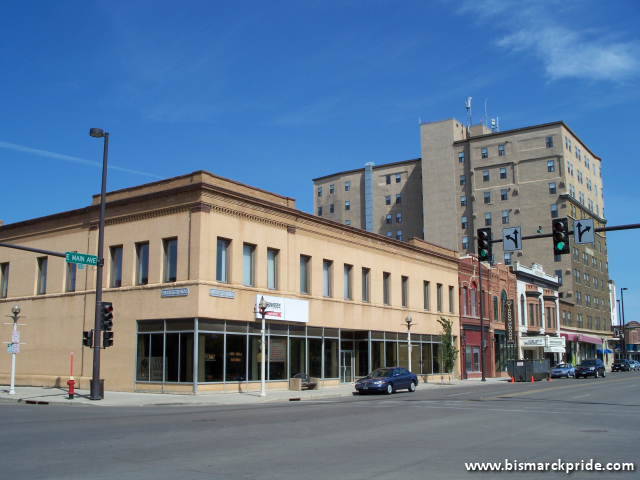 Building in foreground was constructed in 1913* to house City National Bank. F.W. Woolworth later occupied the building until relocating to Kirkwood Mall in 1971. It then housed Goldies Furniture for some time. More recently, it housed Shooters Billiards. Today it is home to Amish Country Furniture.

The Patterson Hotel is clearly recognizable in the background. The row of building between were all built in or around 1905-1906.

*Official city documentation lists the City National Bank/Woolworth building as constructed in 1913, however it was certainly already around by 1911 because of newspaper clippings of the time and a postcard I found dated January 1911 showing the completed building. Woolworth occupied the building around 1915.