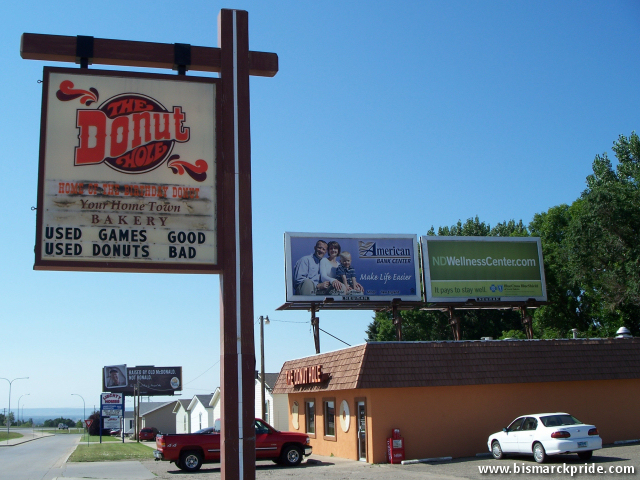 Located on State Street in Bismarck, North Dakota. The Donut Hole was founded in Dickinson, ND in 1975 by Baker Boy and later opened its Bismarck location in 1980. The two locations are no longer affiliated. They are well known for their donut cakes.

In 2012, The Donut Hole was purchased and became Bearscat Bakehouse.