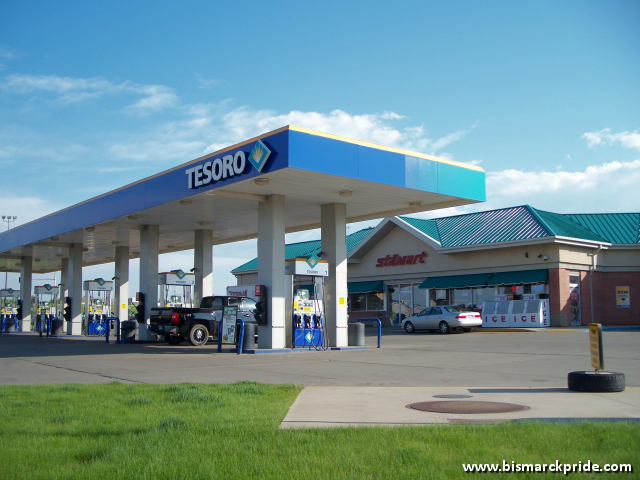 If you haven’t noticed on the pylon signs while driving around town, gas prices have dipped below the $3.00 mark at many local gas stations. In fact, a quick survey of GasBuddy.com revealed only one station priced above the $3 mark for regular unleaded fuel – the downtown Bismarck Tesoro, reportedly priced at $3.29 as of earlier today.

Even mid-grade gas had reports below the $3 mark at several gas stations, and one – the Shell near Pinehurst Square – had a premium grade fuel price reported at $2.99.

At $2.87/gallon,  Jake’s Auto in Mandan was coming in with the lowest reported price for regular unleaded on GasBuddy.com with several others at $2.88 and $2.89.

This is the first time local gas prices have dropped below $3.00 per gallon since November 2010, according to a KFYR-TV article.

In related news, three Bismarck gas stations have recently switched branding… the north and south red carpet locations as well as the Clark store in northeast Bismarck are all now sporting the Exxon banner. The Clark branding change makes sense with a new Clark station getting constructed in the nearby Sunrise Town Centre development.