Sears, Kmart Closing 100+ Stores; None In North Dakota So Far 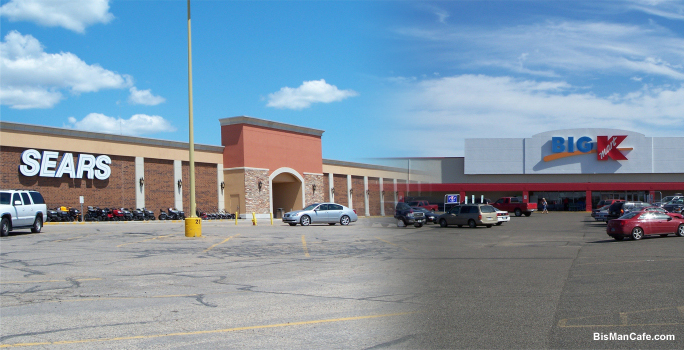 Sears Holdings announced Tuesday that it plans to close more than 100 of its nearly 4,000 stores nationwide. A list of 79 closures has now been officially released and none of its 9 Sears or 7 Kmarts, including its locations in Bismarck, is on the recent list of closures.

Opened in October 1971, Kmart was Bismarck’s first discount department store. Sears is the last original anchor still residing at Gateway Fashion Mall, which opened in 1979. If Sears were to shutter its Bismarck location, it would certainly spell doom for the ill-fated Gateway Mall.

Sears Holdings, which has seen repeated quarters of poor financial performance, was created in 2005 upon completion of a merger between Kmart Holdings Corporation and Sears, Roebuck, & Co. Kmart had previously filed for Chapter 11 Bankruptcy protection in 2002, but emerged on May 6, 2003.

In neighboring states, Sears Holdings is closing 4 Kmarts in Minnesota, but none in Montana or South Dakota.