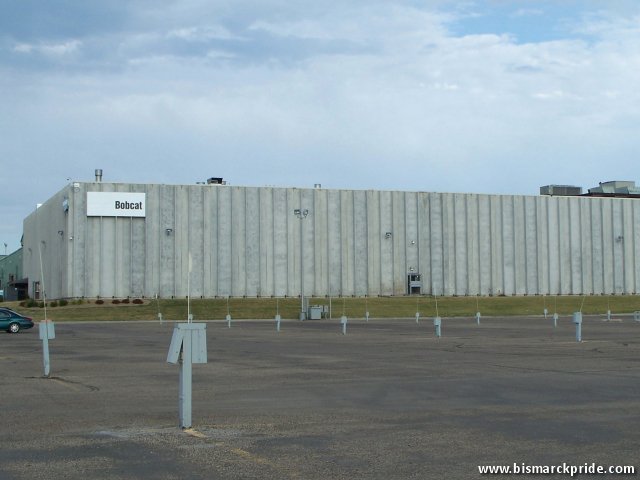 After months of speculation and rumors, Doosan Infrastructure officially announced its intentions to close the Bismarck Bobcat Plant, in a cost-saving effort to consolidate North Dakota operations into its Gwinner, ND plant. The move will result in the termination of approximately 475 jobs in the Bismarck-Mandan area, a metropolitan area that’s seen little impact on the failing economic conditions. Melroe Manufacturing, who established the Bobcat name in 1962, opened their Bismarck plant in 1974. The company has gone through several owners over the years, most recently purchased by Doosan in 2007.

This announcement comes after months of layoffs and cutbacks at both the Bismarck and Gwinner plants as the company faced a major downturn in sales in this increasingly tough economy. Until recently, the Bobcat Plant was considered to be good, stable employment for anyone seeking work in the manufacturing industry. Many of Bismarck’s employees had been with the company for over twenty years.

North Dakota has frequently been in the national spotlight for its reported job growth and seemingly unaffected economy, but this unfortunate loss of jobs will no doubt impact the city’s much bragged about 3.6% unemployment rate.

One big problem for Bobcat employees is that there are very limited open positions in the state for their high specialized skills. Bobcat is one of the only manufacturing companies in North Dakota, and certainly the largest of such companies in the state. With the increasing opportunities in the state’s wind energy programs, certainly some will find work in that field, but let’s not forget that the state’s oil industry too has taken a hit, after booming just over a year ago.

Bobcat had been such an important factor for the Bismarck-Mandan economy that the local NAHL hockey team, Bismarck Bobcats, was named in the company’s honor.

On the same day of Bobcat’s announcement, another long-time local business also announced its intentions to close. Captain Meriwether’s Restaurant on the Missouri River shore, adjacent to Keelboat Park and the Lewis & Clark Riverboat, announced that it was forever closing on September 5.