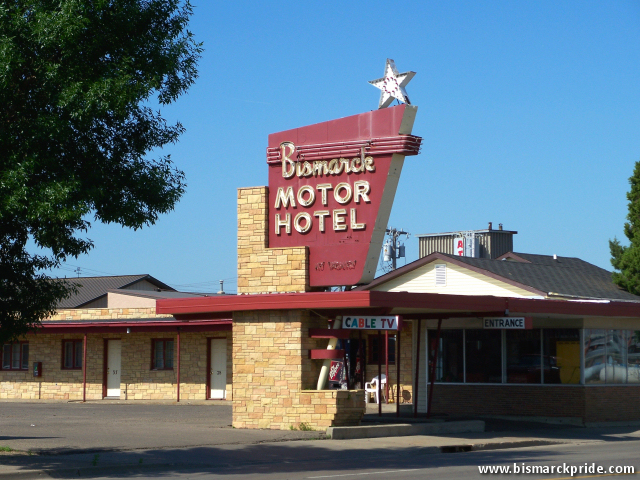 The Bismarck Motor Hotel, located on East Main Avenue, approximately 1 block west of Big Boy, was destroyed by fire early this morning. There were no reports of injuries.

The building was iconic of hotels of the 1950s, featuring most of the original design elements from the era. It was one of several hotels that had sprouted up in that part of the city during the 1950s.