Commission to discuss 2-to-3 lane road conversions on Divide, 4th, 19th, and Washington 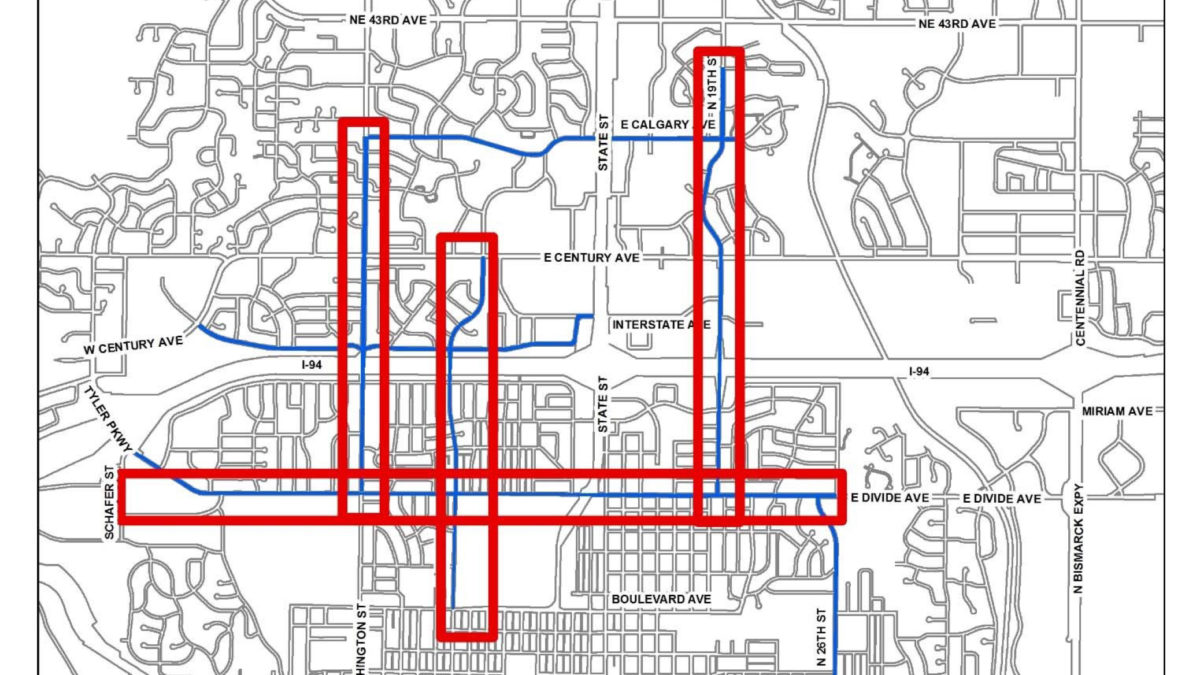 A map outlining the proposed projects.

At tonight’s City Commission meeting, one of the agendas will be to discuss plans to convert portions of Divide Avenue, 4th Street, 19th Street, and Washington Street from 2 lanes to 3.

The projects will be part of funding from ND DOT’s Highway Safety Improvement Program, totaling nearly $1.8 million, in which Bismarck successfully made application last year. The projects are expecting to commence in 2019 and conclude in 2021.

These are the primary targeted stretches to see the upgrades. All four have seen steady traffic volume growth over the past few years.